Spielberg: The Pacific is gruesome 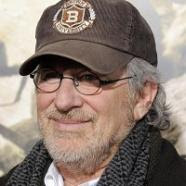 Steven Spielberg has warned his new TV miniseries The Pacific is more gruesome than Band Of Brothers.

The 10-part series, which begins on Sunday, carves its own path across a lesser-known theatre of war than Band Of Brothers, which was also executive produced by Spielberg and Tom Hanks and dramatised the true story of a company of paratroopers fighting in Europe.

"We want the viewing public to be prepared that there is a level of savagery in The Pacific that is more intense than in Band Of Brothers," Spielberg said.

He went on: "Anything less than the graphic nature of that war, or for that matter any war, would have been met by scorn by the veterans who fought in it.

"We only told a partial story in Band. My own relatives were saying to me, 'We all fought in the Pacific. That's a different story. It was jungle warfare.'"

According to Hanks, the Pacific theatre they faced was far different from the European one.

"The war in the Pacific was more like the wars we've seen ever since, a war of racism and terror, a war of absolute horrors, both on the battlefield and in the regular living conditions," he said.

He joked that his latest collaboration with Spielberg is completely different to the pair's first work, the 1986 comedy film The Money Pit.

"When we first worked together, on The Money Pit, if somebody had come to me and said, 'You two guys are gonna get a job telling historical stories ... more specifically, World War II history,' I would have said, 'You're nuts,'" Hanks said, smiling broadly.