Jaws 3D Remake - (Well It Had To Happen Eventually) 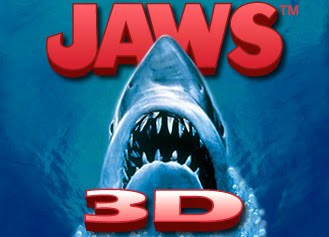 Well lets get one thing straight here. I have no doubt that 3D is the way of the future. Having watched Avatar you can't help but think that anything else is, well, just flat! But come on! A Jaws remake in 3D? You see I'm a bit worried here.

In the eighties there was a time when 3D was the talk of the movie industry. Movies started coming out in 3D, every other sequel was in 3D and they were bad, VERY BAD! The best you could hope for was some character on screen pointing a stick at the screen or something being thrown at you. It was terrible and the story was non-existent. 3D movies dwindled away as the viewing public lost faith and interest. Now I just hope the same thing doesn't happen again.

You see riding on the success of Avatar, film companies are green lighting a lot of movies in 3D especially remakes. Halloween 3D, Swamp Thing 3D, Re-animator 3D, The Gate 3D to name a few and now there is a rumour of Jaws being remade in 3D.

According to cinemablend.com an insider told them it is definitely a possibility and being considered by Universal with Tracy Morgan's name being mentioned to play. It sounds like a cash in may be on the cards with a project that won't be taken seriously (Jaws III anyone?) The studio claim and I quote from cinemablend.com is "that people now expect more, visually, from their movie going experience. So, Hollywood studios are inclined to take some of their tried and true franchise names like Jaws and bring them into the 3D world." 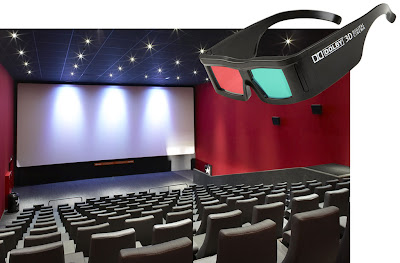 Are we going to see the same thing happen? Are we going to see a ton of 3D movies just rolled out of the Hollywood production line with the same "catch them while we can" attitude from the movie studios? If 3D is here to stay then we need quality not quantity. We don't need another Final Destination in 3D, we want originality. Hats off to Jame Cameron for Avatar and raising the benchmark. I just hope he hasn't created a monster!