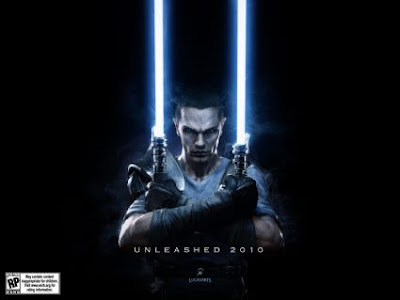 The Star Wars® Saga continues in 2010 with Star Wars: The Force Unleashed II, a sequel to the blockbuster videogame developed by LucasArts.

Released in 2008, Star Wars: The Force Unleashed remains the fastest-selling Star Wars game ever, with sales of nearly seven million units worldwide. The action game garnered numerous accolades including the WGA Award for outstanding achievement in writing for videogames.

With Star Wars: The Force Unleashed II, the epic story continues as players once again assume the role of the devastatingly powerful Starkiller - Darth Vader's secret apprentice set during the largely unexplored era between Star Wars: Episode III Revenge of the Sith and Star Wars: Episode IV A New Hope.

"Executive Producer Haden Blackman and his team have been able to build on the core foundation of the award-winning original and create a powerful combination of engrossing story-telling and intense action. The Force Unleashed II gives fans an opportunity to wreak havoc on an even greater scale in the Star Wars universe," said LucasArts' President Darrell Rodriguez.

More information about the game can be found at the official website, www.unleashed2010.com, which will continue to release details throughout the year