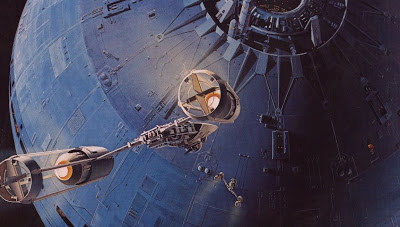 Imagine showing this to studio executives back in the 70's and saying this is what we are going to make?  You were either on board and believed it could be done with the grand scale in tact or marched them out of the offices and told them to never come back.  Thank goodness Alan Ladd, Jr. was on board at 20th Century Fox.