Harrison Ford is willing to crack whip once again for Indy 5. 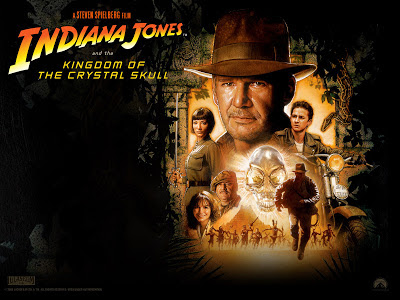 Harrison Ford seems game for a fifth installment to the Indiana Jones franchise if, he said, the script is good and if he's impressed with it.
The 67-year-old actor said he'd put on the khakis and the fedora and he'll crack his whip if director Steven Spielberg and producer George Lucas agree to the script.
“Steven, George and I are agreed on what the fifth adventure will concern and George is actively at work,” Ford told France's Le Figaro.
In June, Shia LaBeouf who played Indiana's son in Indiana Jones And The Kingdom Of The Crystal Skull, confirmed a fifth movie was in the pipelines and that he would be delighted to reprise his role if he were to be asked.