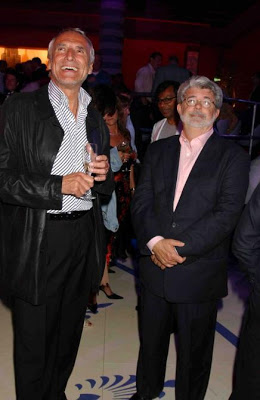 Filmmaker George Lucas is set to join the California Hall of Fame, it has been announced.

The Star Wars creator - who writes, produces and directs movies - is among the newest inductees to the Hall.
The list of 2009 inductees was unveiled by California governor and former actor Arnold Schwarzenegger and his wife Maria Shriver.
They said the latest 13 entrants "embody California's innovative spirit and have made their mark on history".
The list also includes entertainer Carol Burnett, slain gay rights activist Harvey Milk and football commentator John Madden.
The nominees will be inducted in a ceremony at the California Museum in Sacramento on December 1.