Spielberg is a big Bioshock fan. 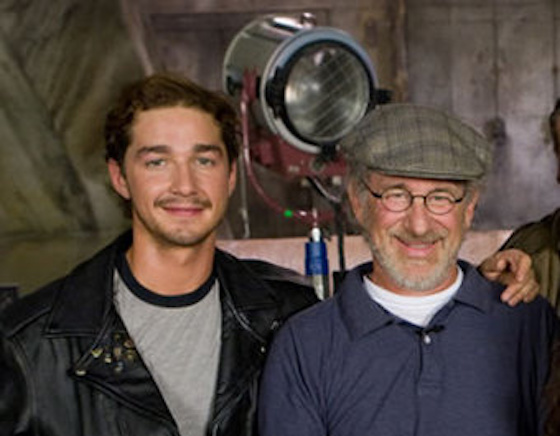 In an interview with Shia Labeouf he explains how Steven Spielberg was a gamer and in particular a fan of Bioshock.

“One time Steven told me to come to his house ready to go skeet shooting,” says LaBeouf. “I get there and stick my head in to ask if he’s ready—and this is classic Spielberg—he says, ‘Nope, Shia. I’m trapped!’ ” LaBeouf then starts playing both parts—concerned protégé and faraway mentor:
“You’re trapped? Steven, what are you talking about?”
“I’m trapped back here. Follow my voice.”
“Where are you?”
“Over here… Here… Here!”
LaBeouf kept following the calls until he got to the director’s office. And there was the master himself: shoes off, socks on, dressed in shooting gear, but sitting behind a computer, stuck on the fifteenth level of a first-person shooter called BioShock.
“This is like months to get to this level, and he can’t get past this one little mysterious spider god, and he’s losing his mind. He’s like, ‘I can’t do it, Shia! I can’t do it.’ ”
LaBeouf, who got into acting at age 12 partly because he wanted to make enough money to buy himself a Sega Genesis, had found himself a soul mate.
And Spielberg, for his part, had clearly settled on a new favorite on-screen avatar.

Level 15?  Don't remember levels in Bioshock but its nice to hear Steven has gaming taste.