By welshslider August 14, 2009
A former star of The Bill has landed a role in a new movie by Star Wars creator George Lucas.
Aml Ameen, 24, who played PC Lewis Hardy in the hit show for 18 months, is to appear in Red Tails.

It tells the story of the first African American pilots to fly in combat in the Second World War.
Aml, who has just returned from filming in Prague, said: "To all my fellow dreamers let this show you that it can be done. This started with a dream and a belief that I can do it." 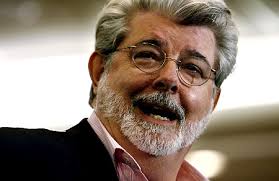 What is the Bill? The Bill is a British television police procedural made by Talkback Thames, and named after a slang term for the police. It was first broadcast on 16 August 1983 as a pilot episode, and as a regular series from 16 October 1984. As of July 2009[update], The Bill is filmed in HD and broadcast on the majority of ITV networks - including ITV HD and nationally on ITV3; with episodes from 2007 being shown daily on Watch. I can't stand it!