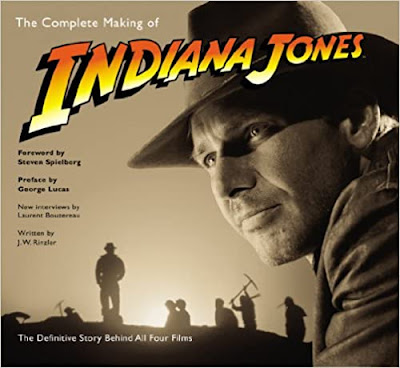 I have to say this is probably one of the best, if not THE best making of book I have ever read! Three hundred pages of Indiana Jones bliss. The authors have certainly done their research. All four films are covered with amazing detail so its a complete book and an absolute must for any Indy fan. 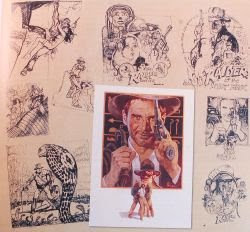 They have included snippets of original scripts including the idea George Lucas proposed for the sequel to have a haunted theme. Chris Columbus was hired to write the script. His first draft is set in Scotland where Indiana Jones is on a relaxing holiday and hears about a haunted mansion and people disappearing.  How different a movie it would have been if they had stuck with that concept. 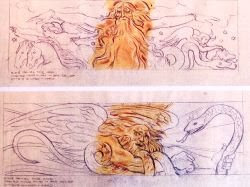 A second draft by Chris Columbus takes his adventures to Africa where he comes across a talking Monkey King who forces Indy to play chess with real people. If the piece is taken then that person disappears. I kid you not!  Jumanji anyone? 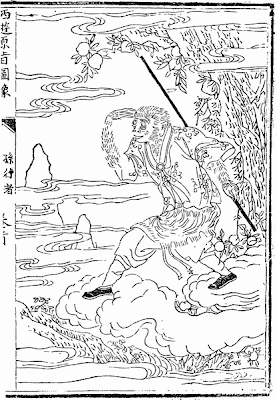 Also, another bit of trivia I found out from this book was this - Everyone knows that Tom Selleck was the original choice for Indy but did you know who else turned up for the auditions??? Ready for this? David Hasselhoff!!! Audition photos from the book (but not of the Hoff.) 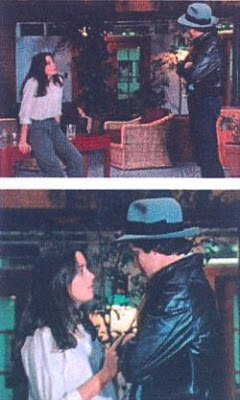 The layout of the book is perfect. It has photos and illustrations on every page with detailed explanations. Turning each page is a treat to read. As mentioned it is well laid out and with nice glossy pages too.

I have never seen so much information for Indiana Jones all in one place. The authors have really tried to avoid the usual recycled stories and have catered for every kind of fan including the hard core who may have already read several times that there was a bad case of food poisoning during shooting for Raiders. No matter how much of an expert you are, you will find something you didn't know in this book. 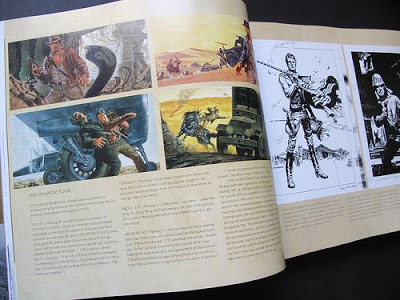 DID YOU KNOW : Another star had to withdraw due to TV commitments: in this case, Danny DeVito, who was to play the role of Sallah, but who was forced to drop out due to conflicts with Taxi.

DID YOU KNOW : Known for his dedication to make stunts look as real as possible, Harrison Ford actually herniated his back in the scene where he is attacked in his bedroom by a Thuggee assassin. As a result, production had to shut down for Ford to be flown to LA to have an operation.

DID YOU KNOW : The recipe for some of the Pankot Palace feast, the “chilled monkey-brains” were made from custard and raspberry sauce. 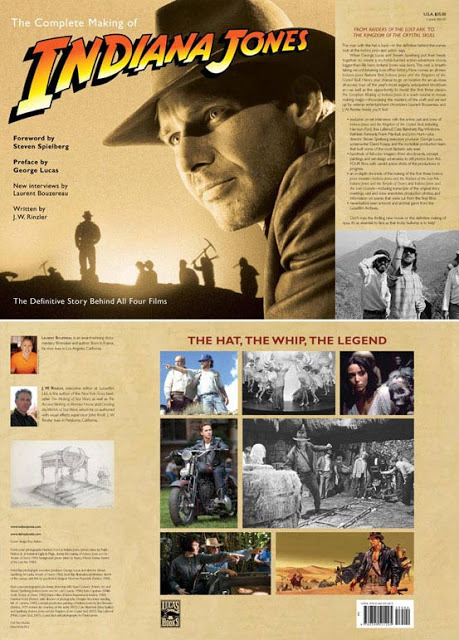 I certainly recommend this book. From cover to cover this book has it all. Exclusive interviews with Spielberg, George Lucas, Harrison Ford and more, never before seen artwork and plenty from the Lucasfilm archives


Early concepts for the Raiders logos. 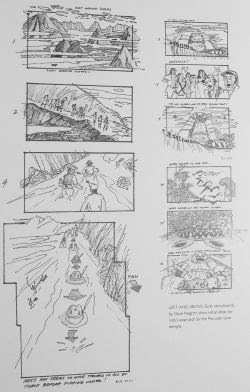