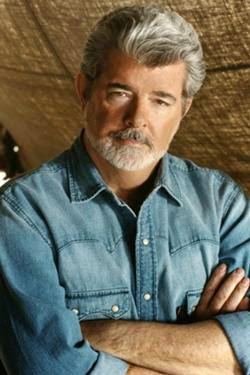 George Walton Lucas, Jr. is an American film director, screenwriter, producer, and entrepreneur. He founded Lucasfilm and led the company as chairman and chief executive before selling it to The Walt Disney Company on October 30, 2012. Wikipedia

George Walton Lucas, Jr. (born May 14, 1944) is an American film director, screenwriter, producer, and entrepreneur. He founded Lucasfilm and led the company as chairman and chief executive before selling it to The Walt Disney Company on October 30, 2012. He is best known as the creator of the space opera franchise Star Wars and the archaeologist adventurer character Indiana Jones. Lucas is one of the American film industry's most financially successful filmmakers and has been nominated for four Academy Awards.

In 1991, The George Lucas Educational Foundation was founded as a nonprofit operating foundation to celebrate and encourage innovation in schools. The Foundation's content is available under the brand Edutopia, in an award-winning web site, social media and via documentary films. Lucas, through his foundation, was one of the leading proponents of the E-rate program in the universal service fund, which was enacted as part of the Telecommunications Act of 1996. On June 24, 2008, Lucas testified before the United States House of Representatives subcommittee on Telecommunications and the Internet as the head of his Foundation to advocate for a free wireless broadband educational network. 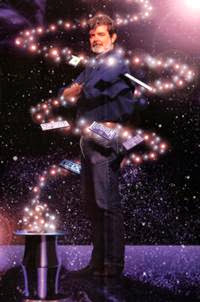 In January 2012, Lucas announced his retirement from producing large scale blockbuster films and instead re-focusing his career on smaller, independently budgeted features. He did not specify whether or not this would affect his involvement with a fifth installment of the Indiana Jones series.  In June 2012, it was announced that producer Kathleen Kennedy, a long-term collaborator with Steven Spielberg and a producer of the Indiana Jones films, had been appointed as co-chair of Lucasfilm Ltd.  It was reported that Kennedy would work alongside Lucas, who would remain chief executive and serve as co-chairman for at least one year, after which she would succeed him as the company's sole leader.[34][35] With the sale of Lucasfilm to Disney, Lucas is currently Disney's second largest single shareholder after the estate of Steve Jobs.

As of 2014, he is working as a creative consultant on the Star Wars sequel trilogy, with the first movie, Star Wars: The Force Awakens, having been released on December 18, 2015. J. J. Abrams directed The Force Awakens, while Kathleen Kennedy executive produced, and will do so for all future Star Wars films.  The new sequel trilogy is being jointly produced by Lucasfilm and The Walt Disney Company, which had acquired Lucasfilm in 2012.

As creative consultant on the film, Lucas's involvement included attending early story meetings; according to Lucas, "I mostly say, 'You can't do this. You can do that.' You know, 'The cars don't have wheels. They fly with antigravity.' There's a million little pieces... I know all that stuff."
Lucas's son Jett told The Guardian that his father was "very torn" about having sold the rights to the franchise, despite having hand-picked Abrams to direct, and that his father was "there to guide" but that "he wants to let it go and become its new generation."  Among the materials turned over to the production team were rough story treatments Lucas developed when he considered creating episodes VII–IX himself years earlier; in January 2015, Lucas stated that Disney had discarded his story ideas.

In 2015, Lucas wrote the CGI film Strange Magic, his first musical. The film was produced at Skywalker Ranch. Gary Rydstrom directed the movie.


Some information taken from Wikipedia