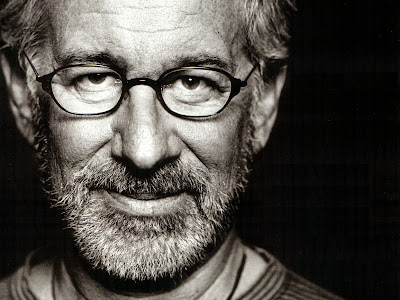 Born on December 18, 1946, in Cincinnati, Ohio, Steven Spielberg was an amateur filmmaker as a child. He went on to become the enormously successful and Academy Award-winning director of such films as Schindler's List, The Color Purple, E.T.: The Extra-Terrestrial and Saving Private Ryan. In 1994, he co-founded the studio Dreamworks SKG, which was purchased by Paramount Pictures in 2005.

In 1994, Steven Spielberg founded the USC Shoah Foundation Institute for Visual History and Education, originally called the Survivors of the Shoah Visual History Foundation, a nonprofit organization established to record testimonies in video format of survivors and other witnesses of the Holocaust. Between 1994 and 1999, the Foundation conducted nearly 52,000 interviews in 56 countries and in 32 languages. Interviewees included Jewish survivors, Jehovah's Witness survivors, homosexual survivors, liberators and liberation witnesses, political prisoners, rescuers and aid providers, Roma and Sinti survivors, survivors of Eugenics policies, and war crimes trials participants. On September 20, 2005, the Survivors of the Shoah Visual History Foundation and the University of Southern California (USC), where Spielberg had long been a Trustee, entered into an agreement to transfer the net assets and control over the Foundation's Board of Directors to USC in return for the guarantee of the preservation of the archive in perpetuity and the accommodation to continue the Foundation's mission.


Some facts you may not know about the director:


1. While filming Close Encounters, Spielberg had been receiving reports of a guy who was running around L.A. pretending to be him. The imposter had been getting people to pay for his dinners, and had been giving Steven a generally bad name. Steven was upset, so he took an ad in The Hollywood Reporter:


“To the gullible and defenceless: The man walking the streets of Los Angeles is not Steven Spielberg. Steven Spielberg is in Alabama, making Close Encounters of the Third Kind. At least do not allow this sad fraud to make you pay for dinner. This year, Steven Spielberg can afford a meal.”


2. When Spielberg first showed John Williams a cut of Schindler’s List, Williams was so moved he had to take a walk outside for several minutes so he could collect himself. When he returned, he told Spielberg he deserved a better composer. Spielberg’s reply? “I know, but they are all dead.” 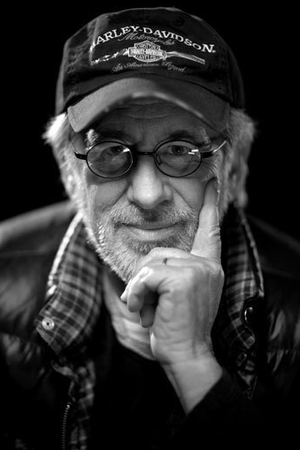 3. Spielberg still makes money on Star Wars over thirty years after making a bet with George Lucas. Lucas was so sure it would be a flop in 1977, he offered Spielberg a percentage of the takings from his sci-fi epic, in exchange for the same percentage from Close Encounters of the Third Kind, confident that Close Encounters of the Third Kindwould be a bigger film. Spielberg recalls “George came back from Star Wars a nervous wreck. He didn’t feel Star Wars came up to the vision he initially had. He felt he had just made this little kids’ movie. He came to Mobile, Alabama, where I was shooting Close Encounters on this humongous set andStar Wars. This is gonna be the biggest hit of all time, you want to trade some points? I’ll give you two and a half per cent of Star Wars, if you give me two and a half per cent of Close Encounters". I said “Sure, I’ll gamble with that, great. And I think I came out on top of that bet. Close Encounters made so much money, it rescued Columbia from bankruptcy. It was the most money I had ever made, but it was a meagre success story. Star Wars was a phenomenon and I was the happy beneficiary of a couple of points from that movie which I am still seeing money on today”.

hung out with me for a couple of days. “He said, 'Oh my God, your movie is going to be so much more successful than


5. Spielberg’s latest film Lincoln is considered one of his most successful movies. However, it does contain one major flaw. During the movie, when votes are being cast for the 13th amendment outlawing slavery, the state of Connecticut is portrayed to have voted in favour of slavery, whereas history states otherwise! Spielberg plans to correct this before the release of the DVD.


6. If Spielberg hadn't become a film director, he would have become a video game designer.


7. He is an Advocate for adoption. Along with his wife – Spielberg co-founded the Children’s Action Network in 1990, which strives to place children in loving homes and provide support for those in foster care.


8. He never intends on retiring!


9. He is a huge fan of Norman Rockwell - the artist who captured the American experience. The painting “Pardon me (Children dancing at a party)” is part of Spielberg’s collection.


11. Based on a true story, Schindler’s List is widely considered to be Spielberg’s best film. It earned him his first Oscar in 1993 for Best Director. He did, however, initially intend to ask someone else to make the film. In 1983, he managed to convince Universal Studios to buy the rights to the novel Schindler’s Ark. During a meeting with the writer, he told him he would get started on the movie “ten years from now”. Spielberg had doubts about his maturity to direct such a movie about the Holocaust. He initially approached director Roman Polanski to film it for him. However, he declined, as his mother had been killed at Auschwitz. Martin Scorsese was linked to the film, but Spielberg chose to do it himself. He didn’t want to miss the opportunity of make a movie about the Holocaust for his children. This movie was considered to be the most expensive black and white film ever made. Spielberg refused to receive any payment for his work on this movie, as he felt that any money accepted would be “blood money”, considering the Holocaust. He was given permission to shoot the film within Auschwitz concentration camp, but he decided against it as he had so much respect for the victims. Robin Williams took to calling Spielberg every two weeks while filming Schindler's List to lift his spirits with various jokes, mainly because there wasn’t much humor on the set.


12. Spielberg wanted to direct a James Bond movie but was rejected! The producers of the James Bond franchise turned down his offer to direct one of the films early in his career not once but twice.


13. Spielberg’s cocker spaniel Elmer appeared in The Sugarland Express, Close Encounters of the Third Kind, 1941 and also in ‘Jaws’


14. He hates coffee. “I don’t drink coffee. I’ve never had a cup of coffee in my entire life. That’s something you probably don’t know about me. I’ve hated the taste since I was a kid.”


16. Steven Spielberg on Johnny Williams: "I’ve always felt that Johnny was my musical re-write artist. He’d come in, see my movie and musically re-write the whole thing. He makes it much better. He can take a moment and uplift it. He can take a tear that’s just forming in your eye and make it fall" 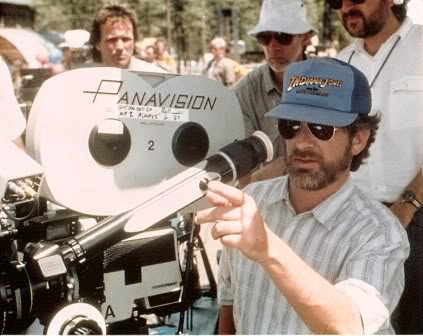 For all the latest on Steven Spielberg head to The Bearded Trio website. Updated daily on Spielberg, John Williams and George Lucas.


Some information taken from Wikipedia