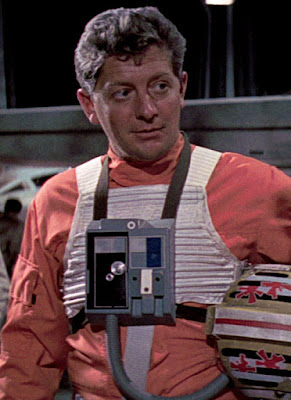 Sad news today as we learn that Drewe Henley who played Red Leader Garven Dreis in Star Wars has passed away at the age of 75.

Henley's performance in Star Wars was not dubbed in post-production, one of the few actors who didn't need dubbing. Henley interpreted his character as an experienced battle veteran and so opted to play him without any excitement in his voice.  In the 1997 special editions of Star Wars an extra scene was included with Henley's character talking to Luke Skywalker.

Henley had been acting since 1964 including roles in Space 1999 and The Doctors but Star Wars was his final performance in 1977.  He retired due to depression.

Our thoughts are with his family and friends in these difficult times.