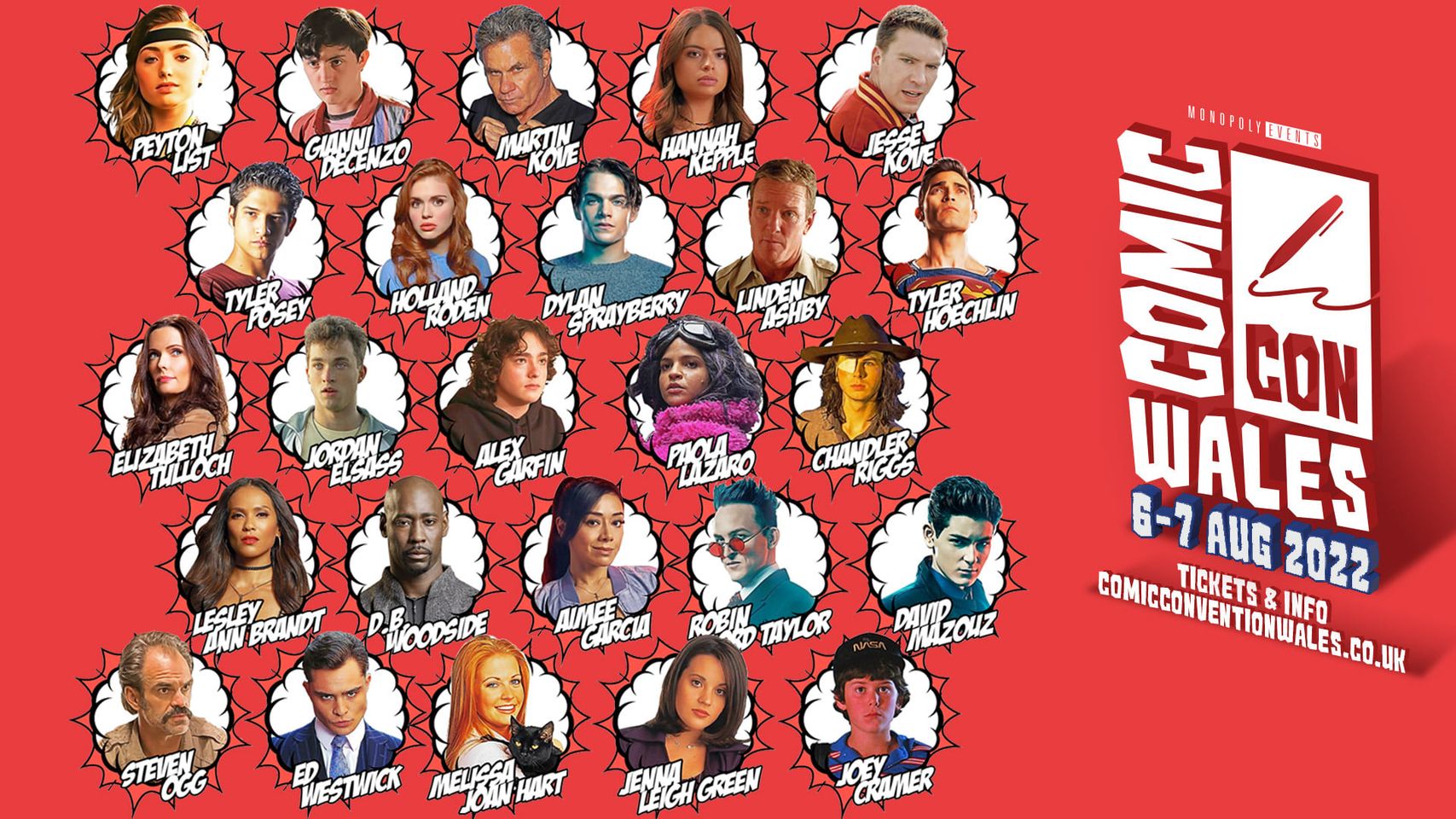 I strongly believe we should all support our local comic-con and this is mine.  COMIC CON WALES.  It's being held at the International Convention Centre (ICC) which is located at the world famous Celtic Manor Resort in Newport.  The event is organised by Monopoly Events and wow have they packed a punched when it comes to the line-up!  If you're a fan of the superb, Cobra-Kai then you are in for a treat as attending Comic Con Wales is no less than five cast members.  Peyton List, Gianni DeCenzo, Martin Kove, Hannah Kepple, and Jesse Kove.  Other franchises are well catered for too including stars from Superman & Lois, The Walking Dead, Teen Wolf, Lucifer and Gotham to name a few.  The event takes place on the 6th and 7th of August and if you see me there make sure to stop and say hi (I'll be wearing a Bearded Trio tee.)
Here's the full press release:
Andy Kleek and the Monopoly Events team are proud to bring you Comic Con Wales!
​It gives us great pleasure to announce our new venue for our first Welsh event, Comic Con Wales, which will take place on the weekend of 6-7 August 2022.
ICC Wales is the new home of Comic Con Wales, and tickets are on sale now! Our new Comic Con venue is a multi-purpose indoor arena in Newport, South Wales. It is the largest indoor arena in Wales, and one of the largest arenas in the United Kingdom. We have chosen a location and venue that we feel has huge potential.
The very first Comic Con Wales promises to be an event to remember for comic, tv, and film culture fans across the globe as we bring you a phenomenal guest line-up including Buffy the Vampire Slayer legend James Marsters, Cobra Kai stars Peyton List, Gianni DeCenzo, Martin Kove, Hannah Kepple, and Jesse Kove, Teen Wolf stars Tyler Posey, Holland Roden, Dylan Sprayberry, and Linden Ashby. Superman and Lois stars Tyler Hoechlin, Elizabeth Tulloch, Jordan Elsass, and Alex Garfin. The Walking Dead stars Paola Lazaro, and Chandler Riggs, Lesley Ann Brandt, D.B. Woodside, and Aimee Garcia from Lucifer, Gotham's Robin Lord Taylor, and David Mazouz, The Walking Dead, and Grand Theft Auto star Steven Ogg,  Gossip Girl's Ed Westwick, Sabrina the Teenage Witch legends, Melissa Joan Hart and Jenna Leigh Green and finally Flight of the Navigator child star Joey Cramer!
As you know when Monopoly Events takes on a project we give it 100% commitment and that’s exactly what we will do with our Wales show. Don't forget it’s a team effort, so spread the word to your family and friends that Comic Con Wales is coming, and the build-up can now commence!
ICC Wales, The Coldra, Catsash Road, Newport, Monmouthshire, NP18 1HQ, South Wales
https://www.comicconventionwales.co.uk/