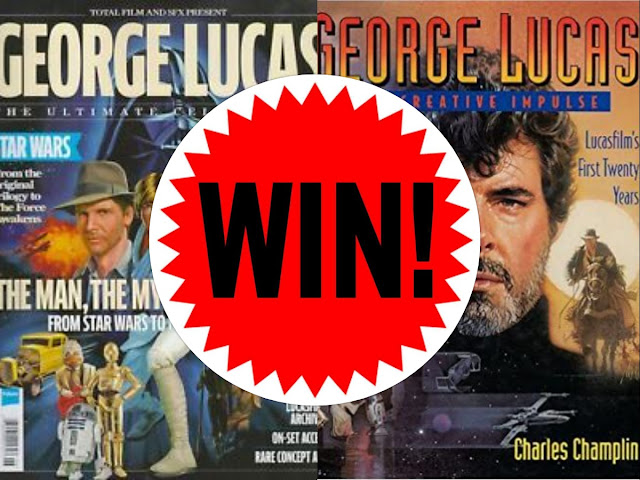 2021 is a special year for fans of The Bearded Trio.  Raiders of the Lost Ark is celebrating its 40th anniversary and Lucasfilm are celebrating their 50th anniversary.  Now, we couldn't let these two milestones just slip by without some kind of celebration and what better way than a competition?
We are giving one lucky winner the chance to win a copy of the George Lucas: The Creative Impulse : Lucasfilm's First Twenty Years Hardcover book. This book as the title suggests, covers the first 20 years and has now become a bit of a collectable. 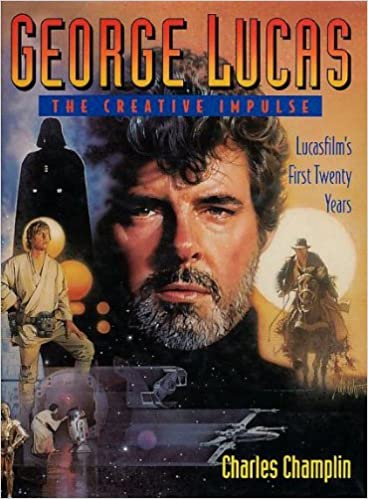 From TXH 1138 and American Graffiti through TV's current Young Indiana Jones Chronicles , George Lucas has proven himself to be one of the most creative and energetic minds in film. Less a critical analysis than a way of saying " Hey, George, thanks for Star Wars , thanks for Indy," this coffee -table book presents a photo-rich chronology of the over 30 feature and TV movies that Lucas either directed or produced. Looking through the list, you must admit that the last 20 years of American film would have been boring without him. Though he early abdicated the director's throne, Lucas has continued involvement through his production company, Lucasfilms, and his Industrial Light and Magic shop of special effects wizardry. Indeed, his most important and lasting contribution to the medium of film might be his company's development of high-tech ware . Fellow directors and good friends Steven Spielberg and Francis Coppola pay tribute to Lucas in brief forewords, and the book is capped off with a filmography. Though not an essential purchase, the many color production stills give the book tremendous browse appeal.
- Michael Rogers, "Library Journal"
On top of that, we are also be including a copy of the Total Film George Lucas special magazine that was released a few years ago. 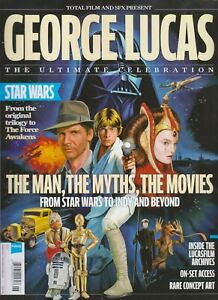 So, one winner will take both the book and the magazine.  The competition is open worldwide and all you have to do is answer this simple question:
Where is Skywalker Ranch located?
A: California, USA
B: Elstree Studios, UK
C: Martha's Vineyard, USA
Let us know your answer either in a tweet on Twitter, Instagram (thebeardedtrio) or on our Facebook page.  Make sure to include the hashtag #LucasfilmTBTComp so we can see your entry.
THE RULES
Closing date is Saturday 24th July 4pm GMT.  The competition is open worldwide.  We will select a winner randomly from the entries and then we will contact the winner requesting a postal address so that we can send the two items in the post within the week.  We cannot substitute the prize or be responsible for any items lost in the post.  Good luck!
The Bearded Trio - The Site For Steven Spielberg, George Lucas, John Williams and a whole lot more.