Steven Spielberg's Statement On That Netflix Deal With Amblin Partners 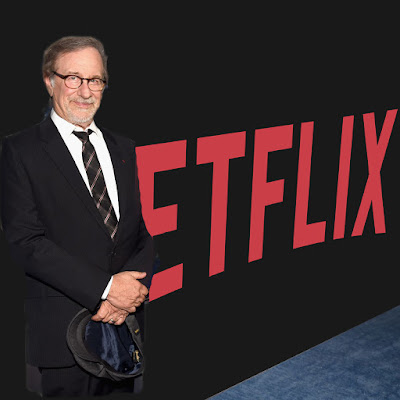 "I can't wait to start with them" - Steven Spielberg on Netflix.

Steven Spielberg and Amblin Partners have signed a contract to make content for the World's number one streaming service, Netflix.  The partnership has been in the works for some time and Netflix's content manager, Ted Sarando was a big instigator in bringing that deal together.  The deal was announced on Monday and Steven Spielberg released a statement on the deal:
“In Amblin, storytelling will always be the center of everything we do, and from the moment Ted and I started talking about cooperation, it was clear we had a wonderful opportunity to tell new stories together and reach audiences in new ways,”
“This new approach to our films, as well as the stories we continue to share with our long-time Universal family and other partners, will be of great benefit to me personally as we enter with Ted, and I can’t wait to start with him, Scott, and the rest of the Netflix team. ”
The deal does NOT mean Steven Spielberg will be directing movies for Netflix as he's currently involved in West Side Story with 20th Century Fox but expect some top quality content from Amblin with a possibility of Steven being involved in some way in the future.  Who knows?  We may get a Steven Spielberg Stranger Things!
The Bearded Trio - The Site For Steven Spielberg, George Lucas, John Williams and a whole lot more.