Review: Supernatural: The Fifteenth and Final Season Available on Blu-ray May 25 from Warner Bros. Home Entertainment 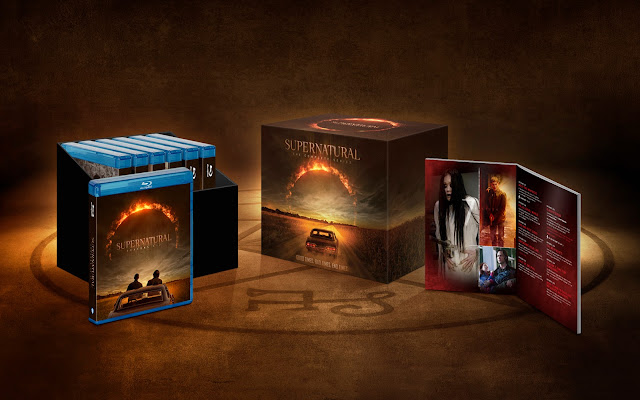 This review contains spoilers for the final episode of Supernatural.

Supernatural closed out its incredible 15 season run last November. A staggering 327 episodes. A rarity in television, especially for a genre show. From 2005 to 2020, brothers Sam and Dean Winchester became like family to fans across the globe. We laughed with them, mourned with them, feared for them, and celebrated them. “Saving people, hunting things” was the code the Winchesters lived by, regardless the cost to themselves. It’s what made them truly special, and it’s why we grew to love them so much. Of course, so much of this was due to the actors who embodied Sam and Dean through all 15 seasons — Jared Padalecki and Jensen Ackles, respectively. Roles they were born to play.

Over the years the brothers fought angels and demons, monsters and creatures from urban legend, Lucifer, and even God himself. Often joined by fellow hunters, Sam and Dean formed an extended family that also included the angel Castiel (Misha Collins). Family was a strong theme throughout the series, highlighting the fact that family isn’t always blood -- as shown in one of the bonus featurettes -- but who you choose. And the Winchesters chose the best.

On May 25, Supernatural’s final season comes home on Blu-ray, DVD, and digital. Included are all 20 episodes, plus six new featurettes, unaired scenes, and a gag reel. 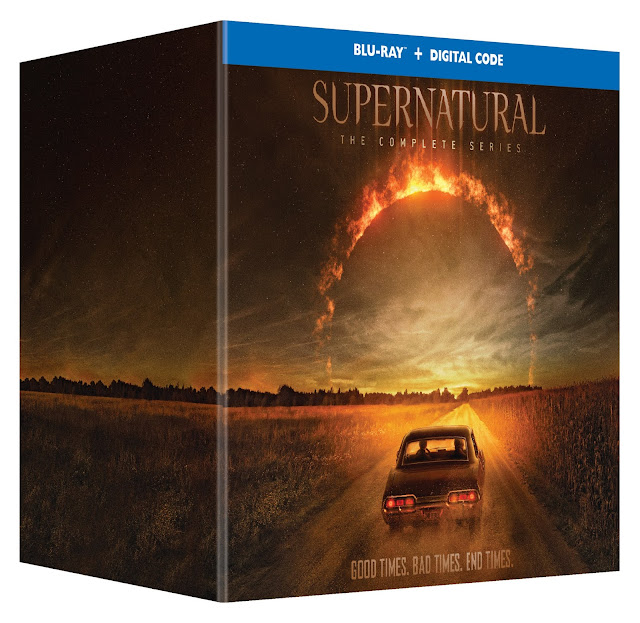 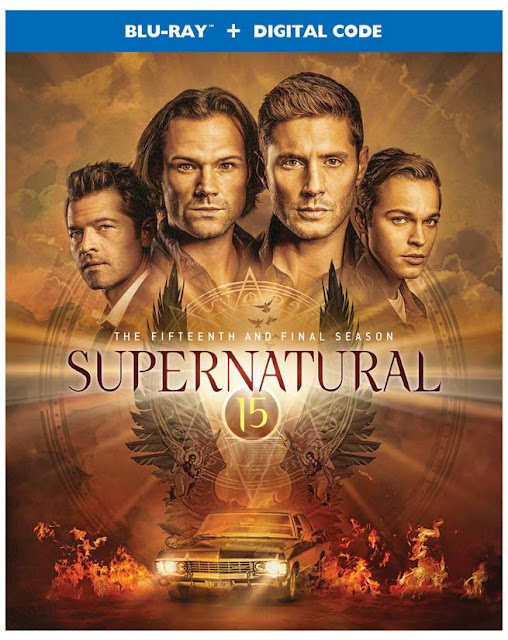 Digital
Supernatural is also available to own on Digital. Digital allows consumers to instantly stream and download all episodes to watch anywhere and anytime on their favorite devices.  Digital movies and TV shows are available from various digital retailers including Amazon Video, iTunes, Google Play, Vudu and others. A Digital Copy is also included with the purchase of specially marked Blu-ray discs for redemption and cloud storage (US Copy Only).

As expected, if you’re a long-time viewer of Supernatural, the featurettes for this final season are emotional. Both for the cast and crew looking back on 15 years and saying their goodbyes, and for us, their extended family. And we really are like family, as those involved in the series make it clear they understand the love from the fans, and they reciprocate.

Being from the Midwest myself, the featurette I appreciated the most was The Winchester Mythology: Midwestern Heroes. While Sam and Dean traveled the country extensively, they were grounded in the sensibilities of the Midwest. All too often dismissed as “fly-over country,” it was always nice to see the Midwest depicted in a manner that elevated the land and the people beyond stereotypes.

The gag reel is fun, but all too often it seems like these antics are just played up for the camera. Which is fine, but I prefer bloopers and the genuine reactions. Still, I do enjoy getting a glimpse at how well the cast and crew got along and played off each other.

Winning Baby: A Supernatural Giveaway got me excited, but it’s a highlight of a 2019 San Diego Comic-Con giveaway of an authentic full-sized replica of the 1967 Impala, affectionately known as “Baby,” driven by Dean in the series. Guess I won’t be winning that prize!

As for the season itself, I was pleased with how it played out. I thought it was a solid end, and, considering all the threads woven over the years, wrapped up character arcs in a largely satisfying way. Granted, the final episode was a bit smaller in scope than it might have been had the pandemic not been an issue during filming. The featurettes do make mention of how the finale needed to be scaled back due to COVID-19 restrictions. But, what we got was heartfelt and kept the main focus on Sam and Dean, their goodbyes as Dean met his fate, and the joyful reunion as the Winchester brothers found their ultimate well-earned rest and reward.

Looking back on all 15 seasons, and all that was accomplished, the cast, crew, and yes, the fans of Supernatural have many reasons to be proud. The familial bonds formed are strong, and #SPNFamily will carry on.