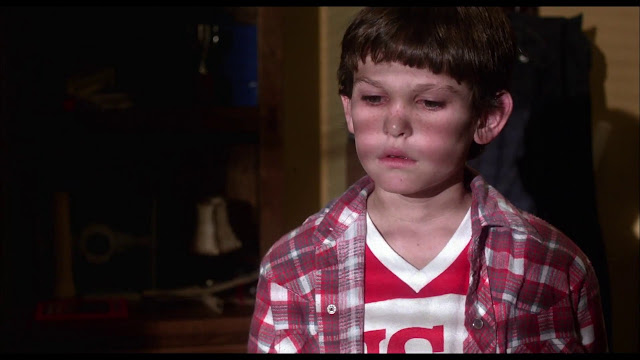 The iconic “E.T. phone home” scene is the UK’s favourite big screen movie moment ever, according to new research released today.
The study, carried out by Showcase Cinemas to celebrate the reopening of the big screen experience, sees the 1982 Steven Spielberg classic narrowly take the number one spot ahead of another Spielberg favourite, Jaws. The 1975 shark thriller could have been nominated for a whole host of moments, but film fans have chosen the “You’re gonna need a bigger boat” scene as their second favourite of all time.
The epic romantic drama Titanic rounded off the top three with “I’ll never let go Jack” being picked ahead of other iconic scenes, like “No, I am your Father” from Star Wars: The Empire Strikes Back (Episode V) and the shower scene in Psycho, with the latter being crowned the scariest big screen movie moment.
However, there was a divergence of opinion in generations, as almost a fifth of participants aged 18-24 voted the modern-day masterpiece Avengers Endgame’s “I…am…Iron Man” as their favourite big screen movie moment.
Whilst E.T. landed the top spot, the best movie moment from a British film was awarded to The Italian Job, with 30% choosing the iconic scene where Michael Caine famously said “You were only supposed to blow the bloody doors off” as their favourite big screen moment.
The study also delved into the most iconic moments from animated films, where almost a quarter of the UK crowned Mufasa’s death in The Lion King as No1, with the smash-hit song and scene Let It Go from Frozen coming in second with 19% of the votes, followed by the romantic spaghetti scene in Lady and the Tramp.
Titanic made another appearance, with one in five participants voting Jack and Rose’s first kiss as the most romantic big screen movie smooch of all time, whereas Maria and Captain von Trapp’s big day in the 1965 classic The Sound of Music had 18% of viewers choosing it to be named as the most memorable on-screen wedding.
Music is such an integral part of the big screen experience and the UK’s favourite movie song is Whitney Houston’s “I Will Always Love You” from The Bodyguard. Dirty Dancing’s “I’ve Had The Time Of My Life” (14%) and “Unchained Melody” (13%) from Ghost took silver and bronze respectively.
However, it was “You’re The One That I Want” from the movie Grease which was voted the best big screen musical song and dance sequence, with Gene Kelly’s rain dance from old-school classic Singin’ in the Rain also landing in the top three.
Over one in five film fans picked the heart-breaking death of Bambi’s mother in 1942’s Bambi as the biggest film tear-jerker, with John Coffey’s execution in The Green Mile nominated as the most shocking death scene ever shown on the big screen.
Moving away from tears of sadness to tears of joy, almost one in five Brits found themselves in hysterics as “Don’t call me Shirley” from Airplane! was named the funniest movie scene of all time. Monty Python’s Life of Brian’s stoning scene came in second (15%) narrowly beating the iconic “I’ll have what she’s having” scene from When Harry Met Sally (13%).
When it comes to action and adventure, the mini-heist in The Italian Job topped the list (35%) as the best big screen movie car chase and the iconic scene set at Omaha Beach in Saving Private Ryan was voted as the nation’s favourite battle scene (20%).
Every great movie involves a moment(s) of suspense, where film fans are left wondering what happens next. And almost a third voted for The Italian Job’s ending, as the bus hangs off the edge of the cliff, as the most iconic in movie history – now that’s a real cliff hanger!
Mark Barlow, UK General Manager for Showcase Cinemas, said: “The big screen has provided us with so many legendary moments over the years - the list is endless.
“But the British public has collectively earmarked that incredibly iconic ‘phone home’ scene from E.T. as its most magical moment in cinema history. It’s fantastic to see so many wonderful moments from films right across the decades make the top ten.
“From tragedy to comedy and everything in between, there are so many incredible big screen movie moments, and we can’t wait to welcome film fans back to enjoy even more unforgettable magic on our big screens as we reopen our doors on May 17th.”
The Showcase study also investigated what cinemagoers missed most about the cinema during lockdown restrictions, with the extra-large screens (34%), the cinema atmosphere (28%), and the excitement of a new movie (27%) making the top three.
Showcase Cinemas is scheduled to reopen across the UK on May 17th and the cinema chain is looking forward to welcoming back guests to the big screen experience.
All Showcase cinemas will be operating the Be Showcase Safe programme that was implemented successfully last year, meaning guests can enjoy the cinema experience as safely as possible.