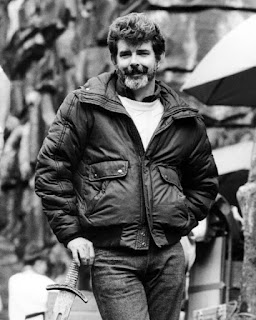 George Lucas and Steven Spielberg made the list of game-changers according to an article in Variety.

Is there anyone in the world who doesn’t know “Star Wars”? Lucas will always be recognized as a great storyteller. But he also had a profound effect on work behind the camera. With the 1977 “Star Wars,” he changed visual effects work from miniatures to computers. He also helped develop THX sound and Pixar, which began in 1979 as part of Lucas’ computer division. Lucas parlayed his success with “American Graffiti” (1973) into an amazing deal with Fox. He got 40% of the “Star Wars” profits and retained ownership of the movie sequels and merchandise.
His savvy provided a sharp lesson to aspiring moviemakers on how to balance creativity with a business sense. He also demonstrated to the major studios that live-action movies could be a starting point for video games, theme-park attractions, TV animation and merchandise. Before Lucas, the studios were aware that Disney animation had successful merch, but Lucas showed them that it could work with live-action blockbusters. And in addressing Lucas’ influence, special mention should be made of the fact that he has donated billions to charity. 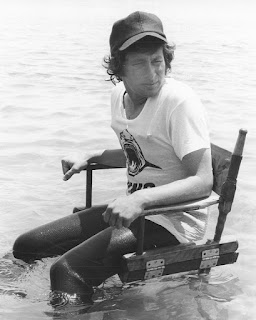 Famously rejected by USC’s film school, Spielberg, who made Super 8 movies as a kid, cut his artistic teeth at Cal State Long Beach. By 1975, the “Jaws” director was a household name, having invented the summer blockbuster with the hit shark attack pic. With a proclivity for the science fiction-adventure genre, Spielberg would go on to create some of the most iconic movies in the canon of modern American cinema, from “Close Encounters of the Third Kind” to “Raiders of the Lost Ark” to “E.T. The Extra-Terrestrial.”
Later, the three-time Oscar winner would turn his attention to hot-button topics, from poverty, racism and domestic abuse in the South (“The Color Purple”) to the Holocaust (“Shindler’s List”) to the invasion of Normandy during WWII (“Saving Private Ryan”). In 1994, Spielberg founded what has since been re-named the USC Shoah Foundation — the Institute for Visual History and Education. It’s Spielberg’s philanthropic commitment to preserving the stories of Holocaust survivors and survivors of other genocides that will likely serve as the filmmaker’s most impactful contribution to global world culture.
Read more at Variety
The Bearded Trio - The Site For Steven Spielberg, George Lucas, John Williams and a whole lot more.