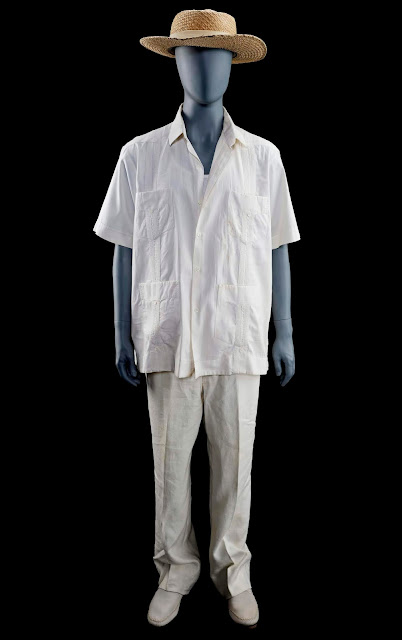 Who would like to look like John Hammond from Jurassic Park and be screen accurate at the same time?  Well thanks to the upcoming film memorabilia auction from Prop Store and if you have an estimated £15,000 to £25,000 spare then you can do just that as this costume will go under the hammer from 30th September.  Well John did say he spared no expense.

The upcoming movie and TV memorabilia auction has around £6 million worth of merchandise.  You have your usual Star Wars props such as Mace Windu's lightsaber from Star Wars: Revenge of the Sith and a Screen-Matched Tantive IV Stormtrooper Helmet from A New Hope.  But I'm more interested in the Spielberg related products such as that John Hammond costume.  Too rich?  Well what about a Mr DNA Animation Cel Autographed By Steven Spielberg himself.  That's estimated to sell for £600.   A bit more down to earth or maybe the equivalent of a coupon day or something. 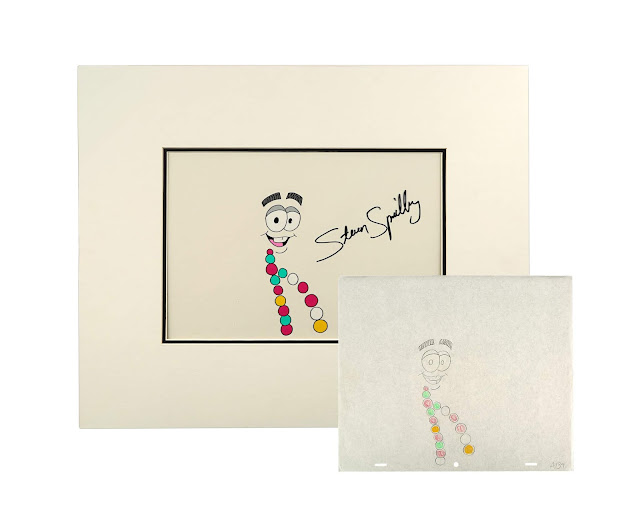 Chris Bates, Commercial Director at ODEON UK & Ireland said: “We are delighted to welcome back the iconic Prop Store exhibition to London’s BFI IMAX. ODEON is proud to present the UK’s largest annual live auction of film and TV memorabilia for the sixth year running. There is an incredible collection of items up for auction this year and we very much look forward to welcoming film fans through our doors to see some of the world’s most well-known props and cinema moments."

Auction items will be on display at a free exhibition open to the public at the BFI IMAX, Waterloo, London, England SE1 8XR from 10:00am to 9:30pm, 18th September – 1st October 2019. Prop Store’s Entertainment Memorabilia Live Auction, in partnership with the BFI IMAX proudly presented by ODEON, will take place at the BFI IMAX Waterloo (1 Charlie Chaplin Walk, London SE1 8XR) over two days on Monday 30th September and Tuesday 1st October 2019 from 1:00pm.

It all kicks off on 30th September and you can register online.  If you bid or win something be sure to let us know.