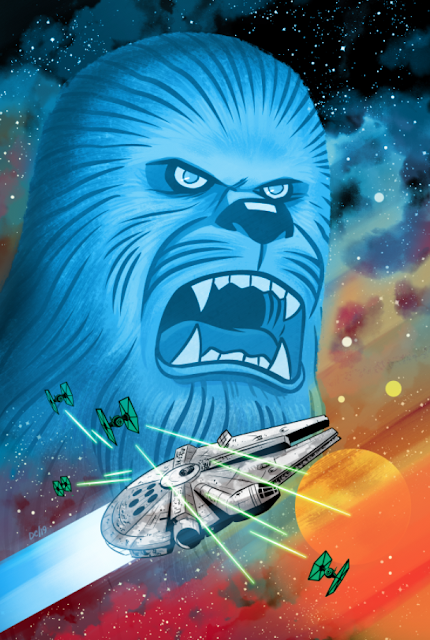 IDW Publishing have today announced the exciting news that Star Wars Adventures #27 will bring us a gripping three part story set between The Last Jedi and the upcoming The Rise of Skywalker!  That has got to be a must read when it's released this October.  Here's the full press release:

IDW Publishing proudly announces that October’s Star Wars Adventures #27 will debut a three-part storyline telling an untold chapter set between The Last Jedi and the thrilling conclusion to the Skywalker saga, Star Wars: The Rise of Skywalker! 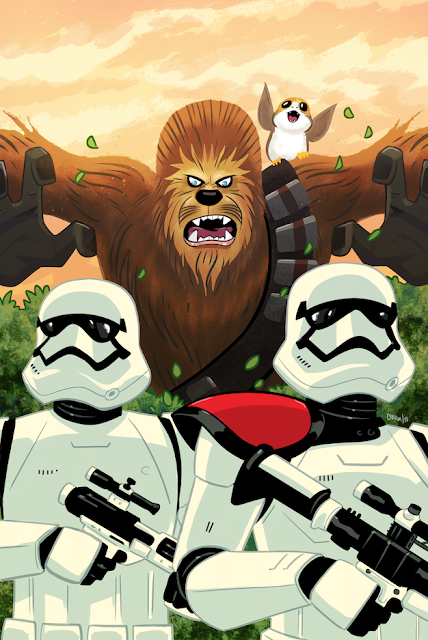 Issue #27 will debut a three-part monthly storyline by writer John Barber and artist Derek Charm, featuring the mighty Wookiees. With the New Republic devastated, the First Order launches an attack on the planet Kashyyyk, and Chewbacca takes up arms to defend his people!

“It's a thrill and an honor to get to tell this story with the amazing Derek Charm,” says Barber. “Chewie's one of my favorite characters ever, for as long as I can remember. Having the opportunity to tell his story to a new generation of Star Wars fans – and all this leading up to the conclusion to the Skywalker saga — is one of the biggest thrills of my career.”

Charm says, “I’ve been lucky enough to work within a lot of Star Wars eras in this series, but doing something in the current, post-Last Jedi landscape is really exciting. The fact that it focuses on Chewbacca and what he’s been up to between these movies is more so.”

A backup tale by writer Michael Moreci and artist Tony Fleecs will see a team-up between the beloved droids of the Star Wars series – R2-D2, C-3PO, and BB-8 – as they embark on a desperate recruiting campaign for the Resistance.

“What I love so much about this story is that it gives the droids a mission that's specific to who they are as characters and not just droids,” says Moreci. “This is a fun, fun adventure, but I also think it's important to these characters as they, like everyone else, find their way in the galaxy.”

Fleecs says, “I probably don't love anything more than I love Star Wars – and in particular, the 1985 Droids cartoon and the accompanying comic book featuring art by the great John Romita Sr. That's the energy I'm bringing to this project – vibes from 1985, Star Comics, John Romita, Nelvana Animation, and Marie Severin, with a healthy dollop of Tony Fleecs thrown in for good measure.”

For information on how to secure copies of Star Wars Adventures, please contact your local comic shop or visit www.comicshoplocator.com to find a store