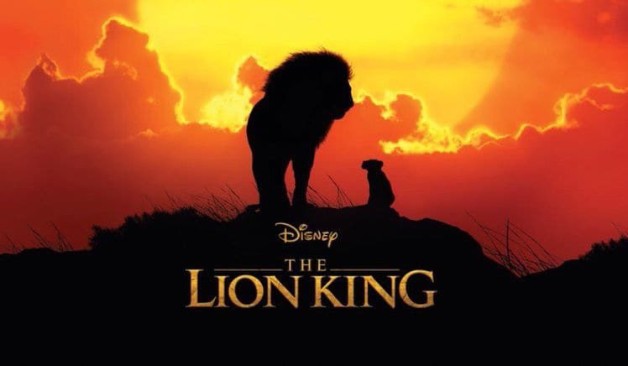 Love it or hate it, the Disney remake train isn't slowing down any time soon. For my money, the best by far have been Cinderella  (which was surprisingly deep and poignant character piece with an identity all its own), Pete's Dragon (which bore little resemblance to the frankly mediocre original) and The Jungle Book (which expertly balanced the classic Disney feel with adding back more of Kipling's edge.).  Then there was Beauty & The Beast, which felt like an glorified musical television special and excuse to push auto tuning to its absolute limits. It was a completely redundant and cash grab that stuck so close to the original that it felt pointless, and then it was followed by Dumbo, which went way too far in the opposite direction. Finally,  the brilliant innovator Guy Ritchie gave us a version of Aladdin that managed to almost perfectly balance the worst of both worlds.

The only thing we've known for sure in regards to The Lion King was that the animals would look fantastic. But was it enough to justify the film's existence.  The answer is a qualified yes rather than an emphatic one.

Director Jon Favreau  (Iron Man, The Jungle Book) is a great talent, and he has a love for the Disney classics and a strong sense of what makes them tick. He's taking on a monumental task in giving us a photo realistic version of Disney's last really big hurrah of the hand drawn animation era. The original was not only a towering achievement, it was a movie that defined more than one generation, whether it was the kids that grew up with it or the 20 to 30 somethings who thought that the days of Disney truly wowing them with hand drawn animation were in the past. There was feeling of something truly new that is very hard to recapture, and if you are expecting to feel that, get ready to be disappointed by this remake.

The story of Simba and his journey to one day becoming the successor to Mufasa stays remarkably faithful to the original, starting out with a shot for shot remake of the opening sequence. From there, dialogue is altered a bit here and there, and one small (but significant) plot point/back story is added, but apart from that it really is exactly the same movie. The fact is that most moviegoers are going to be great with that fact, and I would have been put off by as many changes for the sake of changes as there were in Aladdin. But unfortunately, Favreau isn't able to make this one stand on it's own the way The Jungle Book did: when you watch this for the first time, it feels the same as watching a movie for the third or forth time at best (you may pick a couple of minor nuances or funny lines that you hadn't noticed, but it's hardly a surprise).  The good news is that he does give us a well paced, entertaining adventure full of great effects and lovable characters.

The voice performances are quite strong, though they may take some getting used to, as they are as starkly different in the "realistic" approach as the animation. The theatricality of the original is replaced with a low key film acting style, and pretty much no one is doing a character voice. The most striking difference in these terms is Chiwetel Eijofor's Scar: while the 12 Years A Slave star is arguably a more subtle and far more honest actor than the often hammy Jeremy Irons, there is no denying that there was a deliciousness to Irons characterization that is really iconic. While Eijofor's Scar is far more real and nuanced, the approach worked better with Idris Elba's Shere Khan. Still, he does manage to elicit more sympathy (though the screenplay by Jeff Nathanson, which plays like it could have only taken more than a day to write because of the added time pres pause and rewind on the Bluray, could have gone a lot further in setting this up by giving us more on the dynamic between Scar and Mufasa). Billy Eichner and Seth Rogen steal the show as Timon and Pumba (they even get one truly unexpected laugh out moment),and Eichner's vocals are surpassed only by those of Beyoncé. Yes, I am fully aware that you either worship her or have a chip on your shoulder about how "overrated" she is, so there is little point in me singling her out, but especially in her solo, "Spirit", she really delivers. Donald Glover has a very solid singing voice himself, and the two compliment each other nicely in "Can You Feel the Love Tonight?" John Oliver's Zazu and John Kana's Rafiki are delightful, and considering that Rowan Atkinson and Robert Guillaume are two of my all time favorites, they had their work cut out for them (Oliver gets a couple of great new lines, including a tongue in cheek reference to his status as a political pundit).

Hans Zimmer and Elton may both find themselves competing for Oscars again, as Zimmer chooses to go for a mostly new score and John gives us one brand new song under the ending credits (not quite as good as the one he gave us in Rocketman, but it's only fair to point that his song from that film connected with me on a very personal level).

The Lion King is a solid and entertaining way to beat the summer heat, even if the comfortable shade it provides means never really stepping out of the giant shadow cast by the original classic. It will undoubtedly make millions for Disney. But the debate about whether these movies serve any artistic purpose or are just nostalgic monkeymakers is far from over.