Those good folks over at Funko have announced a new set of action figures from The Dark Crystal are on the way and boy oh boy, do they look beautiful.  Not only that but they are releasing a new range for their extremely popular Funko Pop! range but for me it's those retro looking action figures that are pulling on my puppet strings.  Here's the full press release:

Go on an adventure straight out of storytelling icon Jim Henson’s imagination. Bring home action figures including the Guard of the Castle of the Crystal Rian, the gelfling Deet, the Hunter, Hup, Aughra the Oracle and a Silk Spitter. 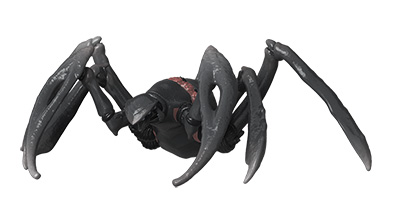 All coming soon!
The Bearded Trio - The Site For Steven Spielberg, George Lucas, John Williams and a whole lot more.