Movie Review: "Spider-Man: Far From Home" Is Funny and Charming 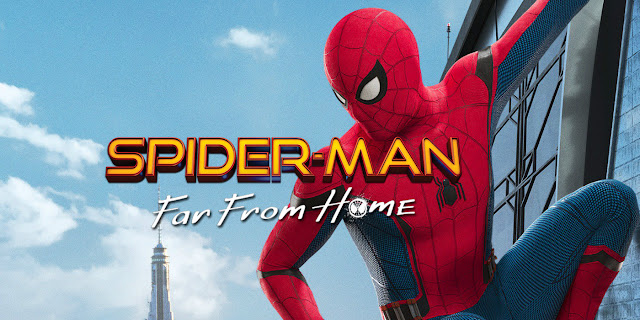 WARNING: There are no Spoilers For "Spider-Man" Here, But There Are Plenty For "Avengers: Endgame" IF You're One Of the 7 People Who Hasn't Seen It Yet

Following Avengers: Endgame  is a nearly impossible task for any film in the Marvel Cinematic Universe. After years of building to the epic showdown with Thanos, a solo outing for one of the heroes can't help but feel small and a little mundane by comparison. Which is exactly what makes Tom Holland's friendly neighborhood Spider-Man a perfect choice: the teenage superhero has somewhat smaller adventures that are interspersed with the life of a typical high schooler. So while Spider-Man: Far From Home feels like a fairly normal part two for a Marvel hero, it's a good one, highlighted by humor and the charming performances of its young leads, in particular Holland in the title role and Zendaya as his romantic interest, Michelle Jones (MJ.).

Beginning in the aftermath of the "blip" that brought back everyone snapped away by Thanos, the film quickly (and perhaps too conveniently) answers some questions about the logistics of everyone's return, and pays a gentle and humorous tribute to the fallen Avengers. While Robert Downey, Jr doesn't appear as a cast member this time, Tony Stark's presence hangs heavily over the film, but in a somewhat less melancholy way than some of the advertising seemed to suggest. Memories of Tony are played as much for humor as for pathos, as Peter struggles with the expectation that he's the heir to Tony's superhero mantle. This is enhanced by the presence of Jon Favreau as Stark associate Happy Hogan, who seems to have transitioned into being something akin to Spider-Man's Alfred this time around (and who actually seems more interested in hanging around Marisa Tomei's Aunt May.). But Peter is more concerned with his normal teenage life, and the prospect of getting to know MJ on a class trip to Europe. It turns out that super spy Nick Fury (Samuel L. Jackson) has other plans, insisting that Peter abandon his fun to to join forces and fight a mysterious threat.

The mix of a teenage and superhero lives feels a little more forced this time around than in 2017's Spider-Man: Homecoming, if only because travelling from one exotic European locale to another gives less of that friendly neighborhood feel. Fortunately, the young stars are as appealing as ever, and I actually found myself caring more about whether Peter and MJ would get together than I did about the battle with the super villain, which is solid but but pretty much standard fare, So much of this has to do with Holland's delightfully charming and relatable portrayal, and the breakout charisma of Zendaya, who left me convinced that she's headed for major stardom. There's also an engaging subplot with Peter's buddy Ned (Jacob Batalon) and classmate Betty Brant (Angourie Rice) that brings some laughs.

It's a real treat to see Favreau's Happy Hogan get arguably the largest role he's had in an a Marvel movie, though Jackson's Fury and Cobie Smulder's Maria Hill feel more like extended cameos than major supporting roles. The always dependable Gyllenhaal does good work, and while Tomei is also an extended cameo, she remains a welcome presence, and here's hoping Aunt May gets a larger role next time around.  Director Watts establishes a good tone and pacing, and has a solid hand with the action scenes, even if none of them really stand out as ranking among the great MCU dust ups.

Those hoping to get a strong idea of where the MCU is headed in Phase Four may feel a little let down, as we  don't get any teases of which titles might be coming up or what the structure of the Avengers may be in the post-Stark/Rogers era. But even more so than usual, the small handful of people who always walk out at the beginning of the credits as if they've never seen a Marvel movie before are missing out. After the excellent choice of leaving them out of Endgame, the stingers are back and they're big. These aren't throwaway gags, these are major twists and if you miss them, you've missed some big parts of the story.

Spider-Man: Far From Home is easily the smallest of the three Marvel adventures released this year, and doesn't stand out as much as Endgame or Captain Marvel. But it's a far more satisfying movie going experience than most of what we've been getting in this lack luster movie summer, and fans will have a blast.