J.J. Abrams Is An Alien! Well in MiB: International Anyway. 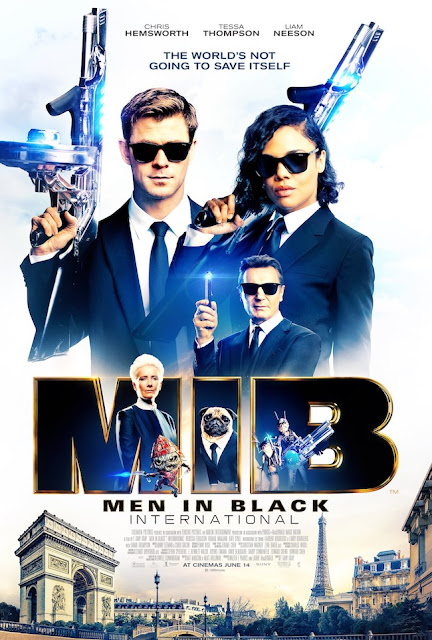 J.J. Abrams, Steven Spielberg & George Lucas are from a galaxy far, far away.

Men in Black: International has hit the big screens and although the main stars are Chris Hemsworth and Tessa Thompson, there are also a few very brief cameos to look out for.

As is tradition with the Men in Black movies, referencing real life people as some kind of alien is a running joke in the franchise and this new incarnation is no exception.  Look out for Donald Glover, Elon Musk and J.J, Abrams on screen in the background as aliens in disguise.

At least he can keep Steven Spielberg and George Lucas company in being mentioned as an alien.  Mr Lucas was shown in the first one and Mr Spielberg in the second.  Spielberg is also the executive producer for Men in Black: International which is in cinemas across the UK and Ireland now.

We have the trailer below and a clip from Men in Black: International.

The Men in Black have always protected the Earth from the scum of the universe. In this new adventure, they tackle their biggest, most global threat to date: a mole in the Men in Black organisation.