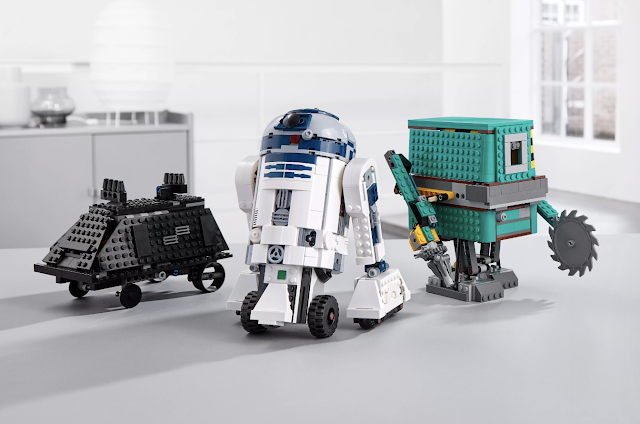 And the Star Wars news keeps coming in thanks to it being Star Wars Day.  Lego have just announced their latest addition to their Star Wars range.  LEGO Star Wars BOOST Droid Commander.  Build and be interactive with your very own Droid.  Here's the press release:

Today, the LEGO Group unveiled the latest addition to its much-loved Star Wars™ range. The new LEGO Star Wars BOOST Droid Commander set offers all the creativity and coding fun of LEGO® BOOST alongside the chance to build three of the film franchise’s most iconic droids: R2-D2; the Gonk Droid; and the Mouse Droid.
Launching globally September 1, 2019 just in time to mark the upcoming release of Star Wars: The Rise of Skywalker, all three droids (R2-D2, Gonk Droid and Mouse Droid) included in the set are great fun to build, code and play with, and completely customizable for every child.


LEGO® Star Wars™ BOOST Droid Commander product facts:
The set includes a color & distance sensor, interactive motor, Bluetooth (Move Hub) and 1,177 pieces – enough to build all three lovable R2-D2 robot, Gonk Droid and Mouse Droid, each coming with their own personalities, skills, and authentic Star Wars sounds and music. It will be age graded 8+ and the recommended retail price will be $199.99/€199.99. 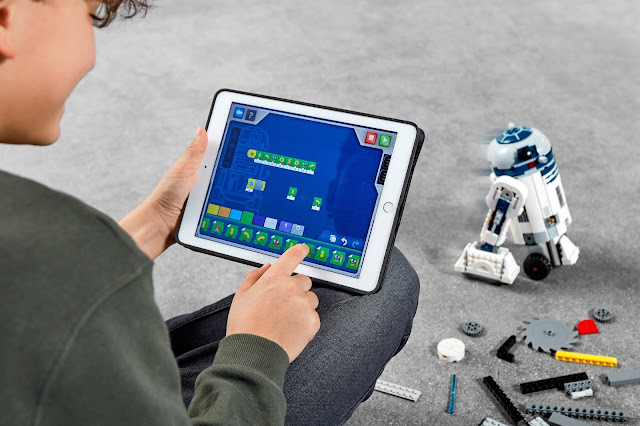