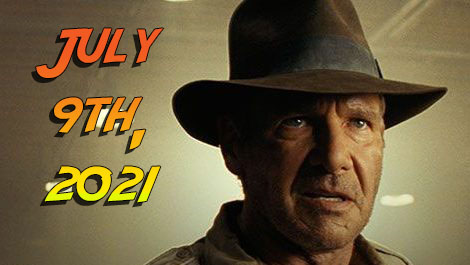 Indiana Jones 5.  Remember that?  If we have to wait any longer then we're all gonna belong in a museum.  News has been thin since it was announced three years ago regarding the next instalment of Indiana Jones and yesterday we had a little bit more.  Disney sent the Internet into a frenzy by announcing their schedule through to 2027.  There are some juicy release dates in there including Star Wars, Marvel, Avatar and Indiana Jones.

It seems that Indiana Jones V will be cracking his whip on the big screen on July 9th, 2021.  We may have had rough release dates before but this time it seems to be a legitimate date for the reason that Disney seems to be taking a break from Star Wars after the release of Episode IX at the end of this year . We will not get another Star Wars until 2022 and then every other year after that.  This is the first time since Disney purchased Lucasfilm has there been what seems a move of focus away from Star Wars, even if it is temporary.  The man with the hat is back...Almost.

The Woman in the Window - October 4

Call of the Wild - February 21

Death on the Nile - October 9