It is probably a worthwhile argument among Star Wars fans to compare what is more highly anticipated – the bowing of The Rise of Skywalker in December, or the opening of Star Wars: Galaxy’s Edge in California May 31 and Florida August 29.

In the week leading up to Memorial Day here in the United States, my wife and I took our annual trip to Walt Disney World in Orlando, Florida. Since Disney’s purchase of Lucasfilm in 2012, Star Wars figured to have an ever-growing presence in the parks. My experience in Orlando last week proved that theory to have somewhat mixed results.

The last chapter in the Skywalker Star Wars saga will no doubt be a transformative event when it hits this December. I’ll definitely come prepared with a tissue or three for the emotions I’m sure to feel when that movie hits.

However, Star Wars: Galaxy’s Edge is evolving into a monster all its own.

I tried to gauge the crowd and some Disney Cast Members what they’re thinking about the park’s eminent opening. As much as Star Wars means to me personally – I saw A New Hope in the theater when I was 4, remember it like it was yesterday – I always struggle to guess the franchise’s impact on the public in general. Its impact on me is deep and I doubt I go a day without consuming something of the franchise – reading a book, listening to soundtrack music, or tracking upcoming product releases. 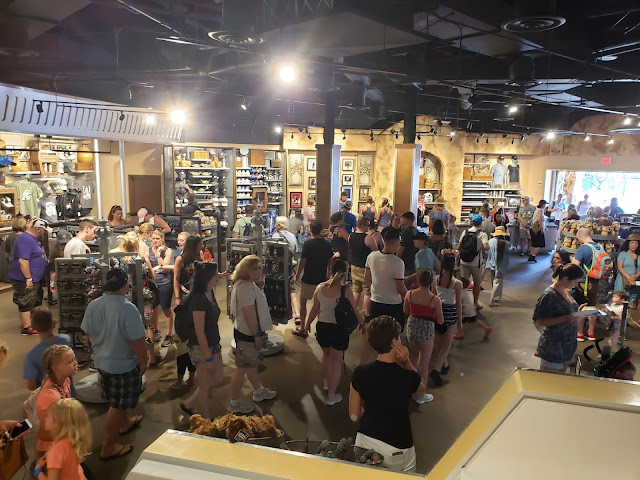 I posed that question to Cast Members who work at the Launch Bay, the best Star Wars-themed store at Hollywood Studios about it. They were universal in saying expectations and excitement were incredibly high. I heard Disney bus drivers word the impact in this general way: “Oh, and when Star Wars hits, forget about it…that’s going to be a new kind of huge for this place.”

Workers and residents of Orlando seem to have a weary acceptance of its popularity as a destination for out of town visitors. The traffic and construction on I-4 (highway between Orlando and Tampa) is a given. New construction can be seen everywhere in Central Florida, whether it’s highway renovations, the forthcoming gondolas that link the park and resorts, new hotels, like Disney’s upcoming Riviera resort, or in this case, the single-biggest theme park addition in Disney’s history. But from as best I could tell, they’re bracing for an entirely new flood of visitors just for Galaxy’s Edge.

And the park is certainly setting expectations appropriately high. Two rides, one on the iconic Millennium Falcon, the other a 25-30- minute experience, Rise of the Resistance. There are unique eateries, Resistance and First Order-specific shops, and an immersion level of experience for the visitor unlike any attraction in the world. You’ll actually develop your own “personality” within Galaxy’s Edge (and within the Star Wars universe at large). Would this result in an increase in annual passholders, enabling those who can visit over and over again to more fully develop this personality within the universe?

We spent some quiet time off the side of the road that leads directly to the entrance of Galaxy’s Edge at Hollywood Studios, and I was struck by the number of people who just walked up to the still-covered entrance to take pictures, selfies or group shots. In front of a painting, that is in effect, a closed door to an attraction that’s more than three months away from opening. At times, there were even lines of people forming in just this one area.

And in case anyone is wondering, no I couldn’t get in early despite my considerable Star Wars fandom credentials. And no one else is getting in there, or seeing anything in there either. Trees have been planted very close to the entrance on both sides of the wall by the entrance. The tops of those trees extend well above the tops of the walls. Back in 2016, I took a picture of the space where Galaxy’s Edge will occupy from the exit of Tatooine Traders, the store you walk into from Star Tours. Since then, more trees have been planted there, and in the past year, a nearly two-story kiosk for the Disney Vacation Club has popped up in that exact spot. 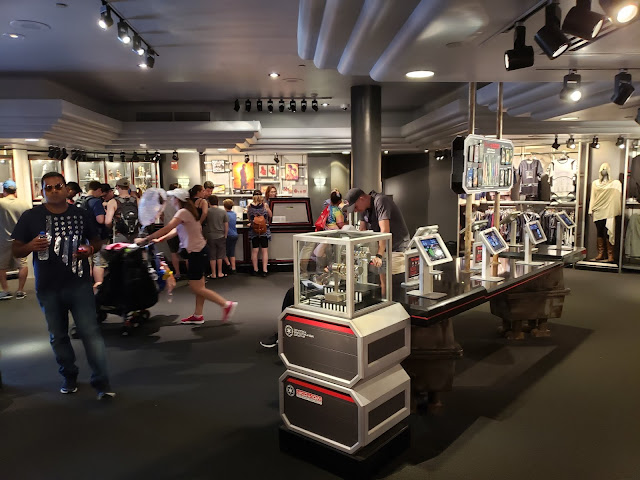 A small beef I have with the presence of Star Wars in the Disney parks has to do with available merchandise. Other than the Launch Bay, there’s a surprising lack of variety in Star Wars goods available to purchase in any store on Disney property, or in Disney Springs. There are two identical Star Wars stores in Disney Springs, and there’s very little in terms of the merchandise to distinguish one from the other. The only traditional 3 ¾ inch figures I saw were of Rose and Paige, and literally, the only six-inch figure I saw for sale at any store was Maz Kanata, which has been out for a few years. There were exactly four different Disney die cast figures for sale: a gonk droid, TC-14, R2-D2 and R4-G9.

Disney, which never lets a profitable opportunity pass it by, is really leaving a ton of money on the table here. Back in 2014, during the Star Wars Weekends era, there was a place called Darth’s Mall, a huge tented area of Star Wars merchandise. It almost had a flea market feel to it, but with large and welcomed air conditioners. In 2017, I was able to pick out a cool The Last Jedi T-shirt for sale. I figured, given the dates, I could find a Rise of Skywalker T-shirt this time around. Nope. Nada. Zip. Not a single item in the park was promoting the December release of that film. Why the change? In 2017, there was TLJ merchandise for sale for a film that was seven months away from premiering. Not this time. 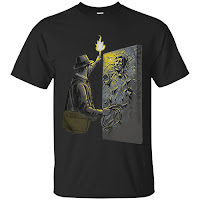 On one of the days in the parks, I wore a T-shirt that depicted Indiana Jones discovering Han Solo in his Carbonite block. I had at least half a dozen people audibly react to my shirt, saying how cool it was. Why wouldn’t this shirt be for sale in the parks? Why was no TROS merchandise available anywhere? It’s been an interesting and startling shift in merchandising strategy for Disney compared to just a couple years ago.

I hadn’t been to a Disney park from 1996 until 2013, when my dad celebrated his retirement by taking our family there. Since then, my wife and I have been fortunate to make a trip down there every year but once since 2013. Star Wars Weekends was an incredible experience for me in 2014 – Mark Hamill pointed right at me during the parade at Hollywood Studios – and then the announcement of Star Wars land in August 2015 gave me something significant to look forward to on every trip. And the trip we just took was the last one in which I won’t visit Galaxy’s Edge.

What sort of consumer will hit Galaxy’s Edge in the first year it’s open? Will this new land attract the family that already goes to Disney, but with a passing-at-best interest in Star Wars? Will this land draw new fans into the franchise? What impact will it have on overall park attendance in the next year? How wide of a demographic are we looking at here?

To steal a phrase from another Disney film, the opening of Galaxy’s Edge is going to be a “whole new world” for the franchise I love to my core. What will that world be like? The answer won’t be simple, but I am fascinated to find it out in the coming years.