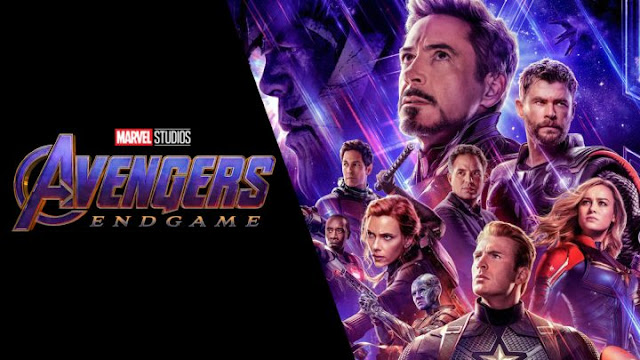 We were kind of underwhelmed by last summer's Marvel mega blockbuster Avengers: Infinity War. Oh sure, it was a lot of fun to see all of these characters, and they were mostly juggled well, and Thanos was a great villain. But Captain America was seriously underused, the now iconic ending that some many people said left them ugly crying didn't really move us (half the the characters lost in the snap were already announced to do sequels in their franchises, so it hardly seemed likely anyone was really gone), and it just felt more like a set-up for the next part than really a movie in its own right to us. We mention this so you understand we're not so zealous about the MCU that we can't be disappointed, and we aren't just being caught up in the hype and excitement when we say that Avengers: Endgame is better than our best hopes for it. That it's so thrilling, funny, compelling and both devastatingly and triumphantly emotional that it's worthy of consideration for a Best Picture Academy Award (think of the sort of cumulative award given to Lord of the Rings: Return of the King.). That it's an awe-inspiring culmination of 11 years of Marvel movies.


Endgame is so worthy of remaining spoiler-free that we will refrain from any plot synopsis, except to say that as expected it picks up shortly after the events of Infinity War, with the remaining heroes still coping with the horrible loss of half the population of the universe inflicted by Thanos (Josh Brolin)'s snap of the Infinity Gauntlet. And to say that the trailers draw from such a small portion of the film that even if you think it's been spoiled by them, it hasn't been.

While the 3 hour run time may feel excessive to some, it turns out to be necessary both for the sake of the complex story, and more importantly to give the characters their due. Directors Joe and Anthony Russo are dealing with a smaller principal cast this time around, but even with the epic length fans of a few characters are likely to feel their favorites got short shrift. But the filmmakers have wisely chosen to focus this one primarily on the original Avengers of Joss Whedon's 2012 blockbuster: Iron Man (Robert Downey,  Jr), Captain America (Cris Evans), Thor (Chris Hemsworth), The Hulk (Mark Ruffalo), Black Widow (Scarlett Johannson) and Hawkeye (Jeremy Renner). With word that this is likely the last film that will feature all of these characters together, it's a dramatically appropriate choice that gives all of these characters a chance to shine, and which greatly enhances the feeling that this is where every MCU movie has been building to.

Aside from the expected thrilling action scenes and special effects (we want to make special note of the amazing work done by VFX Editor Hannah Long, because we've known her since she was like 11 years old and are proud to know her), Endgame manages to be as funny as we expect from a Marvel movie, and more emotional and dramatic than anything Kevin Feige and his team have given us to date.  In particular, hour number three is so packed full of emotion that audiences who have grown to love and be invested in these characters will laugh, cry, cheer and hyperventilate more than once.

Avengers: Endgame is an unqualified triumph that is everything you could want from a summer blockbuster and then some. It's the crowning achievement of an extraordinary cinematic universe, and it's impossible for us to imagine Marvel topping this. This is the MCU's magnum opus. Rush out to see it before spoilers hit. You don't want to let anyone ruin this for you.