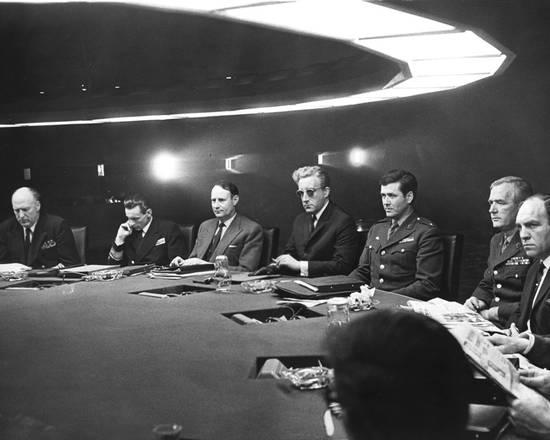 STANLEY KUBRICK’S MASTERPIECE 'DR. STRANGELOVE' BACK IN CINEMAS FROM 17 MAY INCLUDING EXCLUSIVE NEW SHORT FILM

Park Circus, in collaboration with Sony Pictures Entertainment, is delighted to announce the re-release of Stanley Kubrick’s masterpiece Dr. Strangelove or: How I Learned to Stop Worrying and Love the Bomb (1964). Restored in 4K, the film will open in UK cinemas from 17 May 2019, including an extended run at the BFI Southbank as part of a special Kubrick season.Stanley Kubrick Considers The Bomb, a new short film produced and directed by Matt Wells, will be screened exclusively in cinemas as part of this release. With contributions from those who knew Kubrick best, including Katharina Kubrick, Jan Harlan (Kubrick’s Executive Producer and brother-in-law) and journalist and author Eric Schlosser, the film considers how Kubrick responded to society’s widespread concern about nuclear war and transformed it into his irreverent comic masterpiece.Dr. Strangelove or: How I Learned to Stop Worrying and Love the Bomb (1964) is a BAFTA Award-winning (Best Film 1965) and Oscar® nominated dark comedy about a group of war-eager military men who plan a nuclear apocalypse. Through a series of military and political accidents, two psychotic generals - U.S. Air Force Commander Jack D. Ripper (Sterling Hayden) and Joint Chief of Staff "Buck" Turgidson (George C. Scott) – trigger an ingenious, irrevocable scheme to attack Russia's strategic targets with nuclear bombs. The brains behind the scheme belong to Dr. Strangelove (Peter Sellers), a wheelchair-bound nuclear scientist who has bizarre ideas about man's future. The President is helpless to stop the bombers, as is Captain Mandrake (also played by Sellers), the only man who can stop them...COLUMBIA PICTURES presents PETER SELLERS, GEORGE C. SCOTT in STANLEY KUBRICK'S "DR. STRANGELOVE OR: HOW I LEARNED TO STOP WORRYING AND LOVE THE BOMB" also starring STERLING HAYDEN, KEENAN WYNN, SLIM PICKENS and introducing TRACY REED as "Miss Foreign Affairs". From a Screenplay by STANLEY KUBRICK, PETER GEORGE & TERRY SOUTHERN Based on the book "Red Alert" by PETER GEORGE, the film was Produced and Directed by STANLEY KUBRICK."Academy Award®" and/or "Oscar®" is the registered trademark and service mark of the Academy of Motion Picture Arts and Sciences.