Jurassic Park, Home Alone and The Matrix among the greatest movies of the 1990s 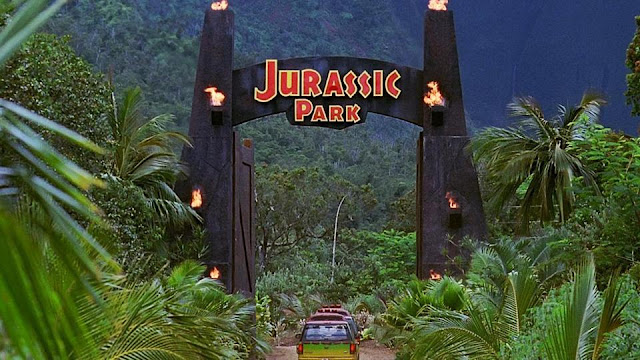 Jurassic Park, Home Alone and The Matrix are among the greatest movies of the 1990s, according to Brits.

Steven Spielberg’s ground-breaking dinosaur hit continues to spawn sequels and Home Alone is loved all year-round movie - despite being a festive flick.

The Matrix, which turns 20 years old this year, has been lauded for taking CGI to a new level and influencing a host of movies including countless comic book movies.

Other popular films in the top 40 include; Pulp Fiction, The Lion King and 10 Things I Hate About You - along with Terminator 2: Judgement Day, Clueless and Titanic.

Commissioned by CHILI, subscription-free movie and TV streaming service, the research of 2,000 adults found we just can't enough of films from 1990s.

Eighteen per cent of all movies watched by them were released in the 1990 and 35 per cent said that decade is ‘unquestionably’ their favourite era of cinema.

According to those polled, this is partly down to their catchy soundtracks, quotable lines and shocking plot twists.

Despite not getting top spot for one of his movies – that honour goes to The Shawshank Redemption – Brits are in no doubt Steven Spielberg is the best director of the 90s.

And with Spielberg’s Jurassic Park, Schindler’s List and Saving Private Ryan all featuring in the top 40 it’s hard to argue.

Tom Hanks, who worked with Spielberg on the latter and also won two successive Oscars in the 90s, was declared best male actor of that period by those polled.

And best female actor went to Julia Roberts who produced a star-turn in Pretty Woman - which came second in the best films of the 90s.

Among our favourite movie scenes of this era are – spoiler alert – when Andy escapes in The Shawshank Redemption and the ‘life is like a box of chocolates’ moment from Forrest Gump.

The ‘ya filthy animal’ scene from Home Alone and the ‘I’ll never let you go’ scene from Titanic were close behind.

These two movies are also among the biggest guilty pleasures from this time – joined by the likes of Alien 3, Cruel Intentions and Liar Liar.

Thanks to the likes of Groundhog Day, Dumb and Dumber and The Big Lebowski, the research also found the 90s did comedy movies better than any other genre.

Although those polled believe there was a purple patch for action films during this period too - perhaps best exemplified by The Rock, The Matrix and the second Terminator flick.

The CHILI research carried out through OnePoll also found around half feel nostalgic toward the movies from this time.

Amid this, nearly a fifth adorned their bedrooms with posters of their favourite movie stars – with posters featuring Leonardo DiCaprio, Johnny Depp and Keanu Reeves the most popular.

Giorgio Tacchia added: "Having movie posters plastered over bedroom walls are still a part of growing up.''

CHILI has a huge collection of official merchandise from some of Hollywood’s biggest studios and 97.5 per cent of the top 40 mighty nineties films are available to stream on the service now.