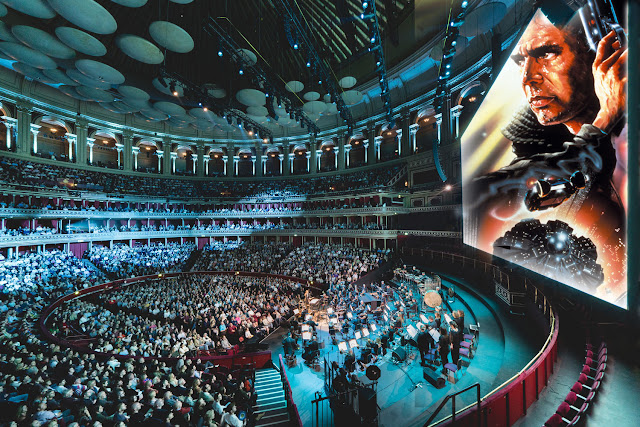 Two more concerts are announced today as part of the 2019 Films in Concert series at the Royal Albert Hall.

Vangelis’s immortal Blade Runner score will be heard live for the first time ever on Friday 25 October as Ridley Scott’s dystopian masterpiece comes to the Royal Albert Hall. This unique presentation of the film’s famed Final Cut is one of two final concerts confirmed for Films in Concert 2019, alongside Settling the Score; a one-off concert spectacle on Friday 18 October between composing legends Michael Giacchino (Up, Rogue One), and David Arnold (James Bond, Sherlock).

The performances join Skyfall, Star Wars: The Empire Strikes Back, Harry Potter and the Goblet of Fire and Baahubali: The Beginning – the first Indian film to feature in the series – which are on sale now.

Lucy Noble, Artistic Director of the Royal Albert Hall, said: “Since we launched this pioneering programme of Films in Concert in 2009, we’ve had countless requests to stage Blade Runner in concert, so this is a dream come true – both for us and for fans of this one-of-a-kind movie. The chance to hear Vangelis’s groundbreaking score live and in full alongside the epic movie will make for a simply unforgettable night.”

“We are also thrilled to bring an exciting new concept to the series this year, as Hollywood superstar composers David Arnold and Michael Giacchino host the ultimate ‘battle royale’ and finally ‘settle the score’ with music from Casino Royale to Mission: Impossible III. These two have defined the sound of this generation’s screen music, so it’ll be fascinating to see who triumphs at this epic show.”

Blade Runner Live, which comes to the Hall for one show only, will feature a specially-assembled fourteen-piece band for a world premiere performance. Settling the Score also arrives for one night only, featuring music, storytelling, challenges of wit and friendly competition between two of Hollywood’s music greats.

Scores written between Giacchino and Arnold include Up, Ratatouille and The Incredibles; five James Bond films, Stargate, Star Trek and Rogue One: A Star Wars Story, Lost, Godzilla, Independence Day, and Sherlock. 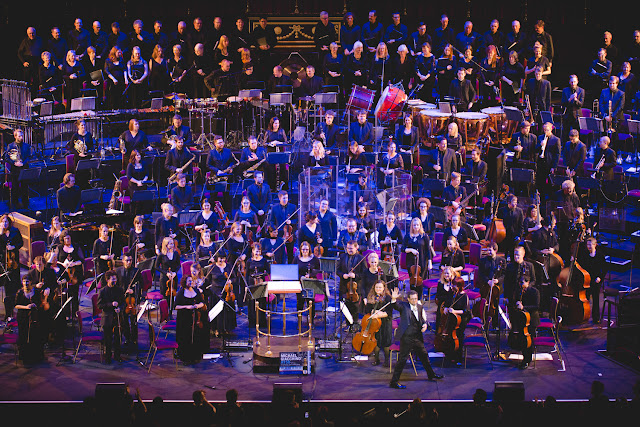 The Films in Concert series celebrates its 10th birthday this year, with over 500,000 tickets sold.

Tickets go on sale at 9am on Friday from www.royalalberthall.com, with a Wednesday pre-sale for the venue’s Friends and Patrons.