Star Wars: The Empire Strikes Back to make UK debut with Live Orchestra 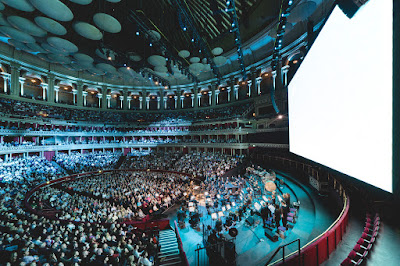 See Star Wars: The Empire Strikes Back with full, live orchestral accompaniment for the first time ever in the UK this September, as it comes to the Royal Albert Hall.

Lucy Noble, Artistic Director at the Royal Albert Hall, said: “We were delighted to host the UK premiere of Star Wars: A New Hope in Concert last year, one of the most requested films in the ten years that we’ve been hosting Films in Concert. We’re ecstatic that Star Wars is coming back this year, with the most critically-acclaimed and musically ground-breaking movie in the series.”

Star Wars: The Empire Strikes Back builds on the indelible characters and ground-breaking special effects of Star Wars: A New Hope.

John Williams’ iconic score for the film is one of the most renowned in film history – building on that of Star Wars: A New Hope which features some of the series’ most memorable themes – introducing the Imperial March and Yoda’s Theme, broadening Han and Leia’s theme, and developing the soundtrack to meet the rapidly expanded world.

The battle for the galaxy intensifies in this thrilling fifth episode of the unfolding saga. As Imperial Forces launch an all-out attack on the Rebel Alliance, Han Solo (Harrison Ford) and Princess Leia (Carrie Fisher) flee to Cloud City where they are captured by Darth Vader.

Luke Skywalker (Mark Hamill) journeys to the mysterious, marshy planet of Dagobah, where the wise Jedi Master Yoda teaches the young hero the ways of the Force. Little does Luke know that all his Jedi training will be called upon so soon. A stunning revelation—and a life-or-death battle with Darth Vader—awaits.

Star Wars has so far spawned seven sequels and prequels, including Star Wars: The Last Jedi, which received its European premiere at the Royal Albert Hall in 2017. The film was the biggest box office hit of 2017 in both the UK and Ireland.

The Films in Concert series celebrates its 10th birthday this year. Since 2009, the shows have sold a total of 499,080 tickets – the lucky 500,000th ticket-buyer is set to receive a special prize.

Tickets are on sale at 9am on Friday from www.royalalberthall.com, with a Wednesday pre-sale for the venue’s Friends and Patrons.

The Star Wars: Film Concert Series is produced under license by Disney Concerts in association with 20th Century Fox and Warner/Chappell Music.