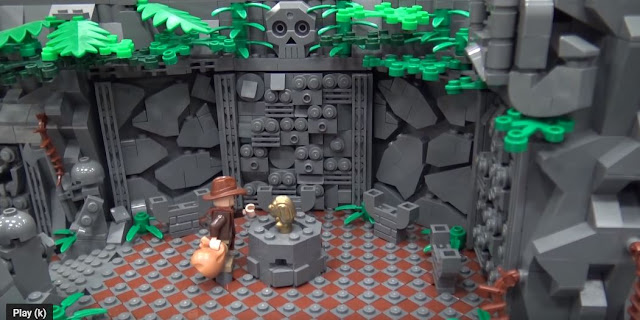 Check out this video tour of Joshua Hanlon's Lego creation depicting various opening scenes of Raiders of the Lost Ark.  You get to see Indiana Jones in the Golden Idol room, the various booby traps and even Jock waiting in his plane.

At the end of the video you get to see how he made the clever display and quite frankly I think this is so good it should belong in a museum.  Video below.

Beyond the Brick's Joshua Hanlon talks with Caleb Watson about his LEGO Indiana Jones: Raiders of the Lost Ark scene in LEGO at BrickCon 2018. Follow Caleb on Instagram: http://bit.ly/2PLNaTL