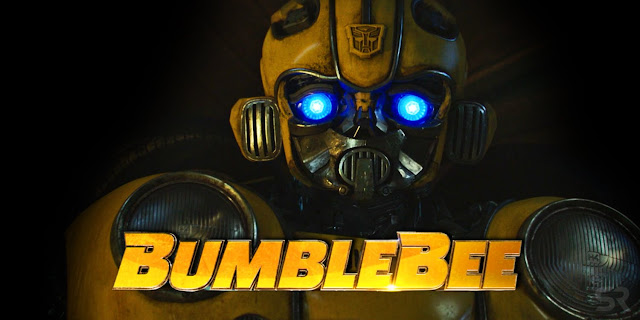 
There are some weird moments you always remember as a film critic, and for us one of those was back in 2009. It's standard practice after an advance screening to asked to give comments about your thoughts on the film to a studio rep. When exiting Transformers: Revenge of the Fallen, a promo screening that included press and people who had one ticket giveaways, Patrick gave the rep his very critical thoughts on the film ("I'm not a fan of Michael Bay, and this is easily his worst film to date" . . .) and was immediately rebuked by a audience member who loved the movie and actually challenged Patrick to a fight in the parking lot (the fight did not happen, thankfully). It was hard not to remember that moment when exiting Bumblebee, as we stood behind an audience member who was either a big fan of the Bay films or just a hardcore fan of the property in general, and who felt that the film was too mellow and basically wanted to see something that was more bad ass. We never considered challenging this man to a fight, but we had such a polar opposite viewpoint that we couldn't help be feel a role reversal (though we kept our mouths shut and let him voice his opinion in peace, because that's what rational people do in this situation). 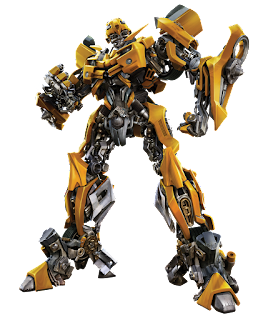 Though we come from the generation that grew up on Transformers toys and cartoons, we never really got into the franchise, so it doesn't hold the sentimental value to us that it does to so many people. We enjoyed the first of the Michael Bay films as a big dumb loud fun blockbuster, but have found the subsequent instalments almost unwatchable (we actually walked out in the middle of the third film, Dark of the Moon, and have never seen the final third).  We had no desire to see an extended universe of spin offs, and a Bumblebee movie wasn't even on our radar until Travis Knight, director of the sublime Kubo and the Two Strings, was announced to helm it as his live-action debut. At the time it struck us as a tragic waste of a promising talent, but it turns out it was inspired decision that brings us something we never expected: a Transformers movie that is sweet, endearing, and actually funny in ways that aren't insulting to the audience and the entire human race.

The setting is now 1987, and Bumblebee crash lands on Earth after being sent as a sort of scout by Optimus Prime upon the fall of (sigh) Cybertron (that is still a stupid name.). Disguising himself as a Volkswagen Beetle, he becomes an impromptu birthday present for a teenage girl name Charlie Watson (Hailee Steinfeld), who is depressed and alienated from her family after the untimely death of her Dad. Of course Charlie soon discovers Bumblebee's secret, and the two bond and develop a friendship. If this founds like a fairly standard variation of the E.T./ALF/Harry and the Hendersons/Iron Giant dynamic, it is. But while it takes a little time getting started, when Bumblebee finds its groove, it's delightfully charming in its simplicity.

Knight and screenwriter Christina Hodson have lowered the testosterone level about 98% from Bay's self-proclaimed "movies for teenage boys", and that's entirely a good thing. Rather than constant explosions, wild camera work and shrill attempts at humor, Bumblebee gives actual characters to watch and you actually grow to care about the,. Unlike the leading ladies of Bay's instalments, Steinfeld gets to act and be a person instead of trying to figure out how she can drape herself onto a motorcycle in a position that manages to show off her chest and her backside at the same time.
The young actress brings such a genuine and lovable quality to Charlie that we are invested in what happens to her, and her friendship with Bumblebee is endearing in a way Shia LaBouef's never quite pulled off. The scenes of them figuring out how to interact are cute and funny, and eventually poignant. And the romantic subplot with a nerdy boy named Memo (Jorge Lendeborg Jr, who we're going to say is a dead ringer for his father on the off chance Jorge Lendeborg Sr is somebody we should have heard of) is refreshingly low-key and not over sexualized.

The supporting cast isn't made up of as impressive a pedigree as what was assembled for the earlier films, but then again, they don't humiliate and degrade themselves the way everyone from John Turturro to Anthony Hopkins did for Bay. John Cena actually manages to have some funny moments as a government agent, and Pamela Adlon and Stephen Schneider demonstrate that it's possible to do the well-meaning but clueless parents shtick without overacting so badly we want to see them euthanized. But in the end it's Steinfeld and Bumblebee's movie, and under Knight's capable guidance they give us a remarkably enjoyable time at the theater. While all of the Transformers films have included Steven Spielberg's name as executive producer, this one actually feels like it.  Whether that's because he got more actively involved or (more likely) Knight just knew how to create that vibe in a way Bay didn't, Bumblebee feels like an old '80s Amblin movie in all the right ways. Far from the most spectacular movie in the series, it's unquestionably the most charming.

The idea that this franchise could redeemed seemed unthinkable at this point, and it remains to be seen if it can work for more than one movie (or if the devoted BotCon attendees will take to something that's not really all that related to the mythology of the property.). But darned if Travis Knight hasn't utilized "Less is more" thinking to give us a great time at the movies, and what may very well be the most satisfying FX blockbuster of the holiday season.  And it's suitable for the entire family (and in case you're one of those people, we feel the need to point that of course that's entirely appropriate for a franchise based on children's toys and Saturday morning cartoons and featured a robot named Bumblebee.) We're very excited to see what Knight does next, and even (dare we say it?) intrigued by the possibilities of where future Transformers movies may go.