Ludwig Göransson to Compose Score for The Mandalorian 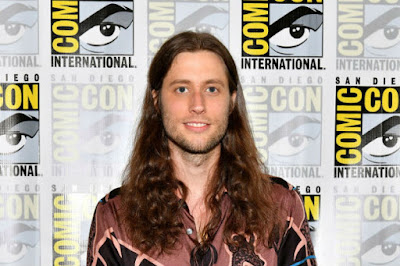 The Black Panther composer comes to a galaxy far, far away for Lucasfilm’s upcoming live-action series.

StarWars.com has just announced that Ludwig Göransson, an acclaimed composer and record producer, will write the score for The Mandalorian, the first ever live-action Star Wars series. Göransson has composed memorable soundtracks for some of the biggest and most lauded movies in recent memory, including Black Panther (for which he has earned Golden Globe Award and Grammy nominations), Creed, Creed II, Venom, and Fruitvale Station. In the realm of television, his credits include the beloved Community and New Girl. Göransson has produced records for Haim and Chance The Rapper, and he recently received three Grammy nominations for his work with Donald Glover (who should be familiar to Star Wars fans as the young Lando Calrissian in Solo: A Star Wars Story) on the latest Childish Gambino album.

"Words fail to express how surreal and humbling it feels to be invited into the Star Wars universe," Göransson said. "I am deeply grateful to Jon Favreau and Disney for this opportunity and to John Williams for raising the bar so high with his iconic, intrepid scores -- they will never be matched. In these next months I hope to honor the tradition of Star Wars’ musical landscape while propelling The Mandalorian into new and unchartered territory. And I will try to remember that there is no try."

The highly-anticipated series will be exclusive to Disney+, The Walt Disney Company’s upcoming direct-to-consumer streaming service, which is set to launch in the U.S. in late 2019.