John Williams Up For Two Grammys. Listen To All The Nominations Here 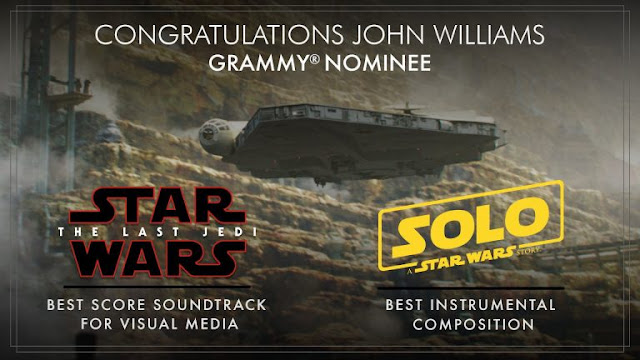 John Williams is at it again.  Yes, it's yet another nomination for the maestro composer.  This time he picks up two nominations for the 61st Grammys.  One for his work on The Last Jedi in the best soundtrack for visual media category and the other is shared with the wonderful work he and John Powell did on Solo: A Star Wars Story.  The two categories are below along with the nominees and YouTube videos for you to enjoy.

The 61st Annual Grammy Awards ceremony will be held on February 10, 2019 at Staples Center, Los Angeles.