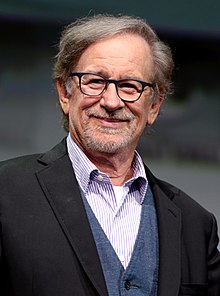 Another award is heading Steven Spielberg's way as he is set to receive the Cinema Audio Society Filmmaker Award, which will be presented at the 55th annual CAS Awards on Feb. 16 at the Intercontinental Los Angeles Downtown.  Variety tell us:

“The CAS has recognized Steven’s commitment to sound multiple times, with nominations for Outstanding Sound Mixing and a win for ‘Saving Private Ryan,’” said president Mark Ulano. “And, most importantly, we recognize that Steven has had relationships with sound mixers that span more than 25 projects — a strong indicator that a director values the role of sound. Steven has long embraced the creative importance of sound for his story telling and all his projects beautifully reflect this commitment.”