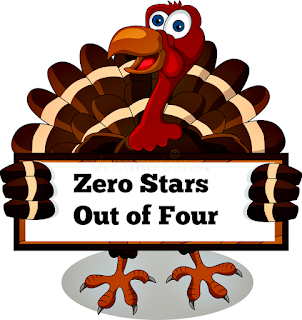 Any time in this decade when you're watching a movie and wishing it starred Nicolas Cage, you know you are in trouble.

As Venom begins, a spaceship belonging to a bioengineering corporation called Life Foundation discovers four symbiotic lifeforms and brings them back to Earth. But wait . . . one escapes in transit, causing the ship to crash in Malaysia (and making our minds wander to the opening of Rampage), but the Life Foundation recovers the other three and transports them to their research facility in San Francisco.

Carlton Drake (Riz Ahmed), the whiz kid CEO of Life Foundation (basically Lex Luthor mixed with Aaron Kalloor, the whiz kid CEO of Deep Dream that Ahmed played in Jason Bourne), then  becomes obsessed with bonding symbiotes to humans to prepare humanity for Earth's inevitable ecological collapse, and begins illegally experimenting on the homeless, resulting in numerous deaths – including one of the remaining symbiotes – and attracting the attention of investigative journalist/walking laundry hamper Eddie Brock (Tom Hardy) who arranges an interview with Drake through his girlfriend (Michelle Williams), an aspiring Renée Zellweger impersonator and lawyer affiliated with the Life Foundation.

The interview doesn't go well, and pretty soon Eddie has lost his job and his girlfriend (and sporadically, his accent. Oh no, it's back, it's just changed regions. Now it's gone again . . . ).
What could possibly be left for our hapless, gormless hero? If you said "How about a sentient wad of Tar Snot from outer space?",  you're today's lucky winner!

Sony/Columbia has worked very hard to show that, left to their own devices, they can still make horrible Spider-Man movies even if they don't actually feature Spider-Man. It's hard to know whether to give them partial credit for making a character that is specifically designed to mimic Spidey kind of almost sort of but not really make partial sense in a world without the webslinger, but the moment this greasy little ambulatory oil spill actually shows it's face, that goes right out the window.

Imagine if the face hugger from Alien decide that instead of bursting out of John Hurt's stomach, it was going to turn him into The Mask instead? That's essentially the movie we have here, and it's not so much a matter of watching Eddie and the symbiote (The Cruisers were not available) fight for control as watching the dark horror side of the movie and the cutesey slapstick side duke it out for 112 minutes, and fail to produce an single scare or laugh the whole time.

Apart from getting to see what it might look like if Flubber could throw up, the biggest selling point here is everyone's favorite beefy Brit pretending to an American, Tom Hardy, giving his most awkward performance since Star Trek: Nemesis. Hardy is a very talented actor, but it's clear he signed on to play this as an early 80's DeNiro and at some point they told him "Nah, think Steve Martin. Or maybe a really burly version of Shaggy from Scooby Doo? No, Steve Martin. Jerry Lewis? No, let's stick with Steve Martin. Or maybe Judd Jirsch."  Hardy's New York accent sounds sounds like Joe Pesci playing Lenny in Of Mice and Men, and his Venom voice sounds like Morbo from Futurama. Michelle Williams and Riz Ahmed have been given much more clear direction, respectively having been told: "Just be blond and don't do anything" and "yes, you're an Arab American, but you're not evil because you're a Muslim, you're evil because you're an atheist!" But with the choice to add a comic element, the presence of the hilarious and charming Jenny Slate is very welcome, or at least it would be if they didn't seem to be actively working at making sure she is not allowed within 8 miles of an attempt at a comedic moment.

The action, on the other hand, is really a remarkable achievement: generally speaking, this kind of frenetic, hyperactive and in your face free for all involves a lot of crazy camera angles ala Michael Bay, but director Ruben Fleischer seems to forget much of the time that he's actually ALLOWED to move the camera. He has wisely chosen a cinematographer, Matthew Libatique (whose brillaint and atmospeheric work has ranged from Iron Man and Black Swan to this weekend's A Star is Born) and composer, Ludgwig Goransson (Black Panther, Creed) who could do this in their sleep, but actually asking them to do so may have been going too far. Typically reliable (and Oscar nominated) Editor Maryann Brandon (The Force Awakens, Star Trek Into Darkness) seems to have been handed a pair of pruning shears, some scotch tape and a blindfold.

The strange relatiosnhip between Brock and Venom could have made for an interesting movie, and it tries to be intriguing, funny, scary and strangely touching, but under develops every one of these angles to such a degree that it manages to only to be boring and unpleasant. This has the disjointed feel of studio tinkering much moreseo even than the troubled Justice League did, veering wildly from one tone to another without ever stopping to get one tone right. In fact, everyone at DC should take a moment to content themselves with the knowledge that as much as they're struggling, Sony with the MCU is doing considerably worse.

Okay, so we admit we're not fans of Venom as a character.  We're in the crowd that thinks Venom hurt Spider-Man 3 rather than the crowd that think Spider-Man 3 failed to do justice to Venom. But here's the thing: either way, you're likely to leave this movie with the unmissable impression that Spider-Man 3 was the good Venom movie. Okay, this isn't worse than the stuff with Peter Parker dancing and sneering and messing up his hair to prove how evil he is. But at least that movie counteracted the embarrassing moments with a few that genuinely worked.  There's no such redeeming feature in Venom. This feels like taking a jump backwards to the days when Sam Raimi's version of Spider-Man had fizzled out, Bryan Singer had left X-Men and Marvel was giving us movies like Elektra and The Punisher. It's not even worthy of comparison to less than good but better than this Marvel titles like DareDevil or Ghost Rider.  In fact, in many ways the best way to appreciate this film is to think of it as It's A Marvelous Life! As critics who were getting a tiny bit burned out, we got to see what horror movies would be like if the MCU was never born, and boy are we glad to be back in good old Beford Falls.

Venom fails as a horror film, an action film, a comedy, and a Tom Hardy vehicle. There going to have to invent new genres for this film to fail at.  Don't waste your time or money unless you're a die hard fan of the character.