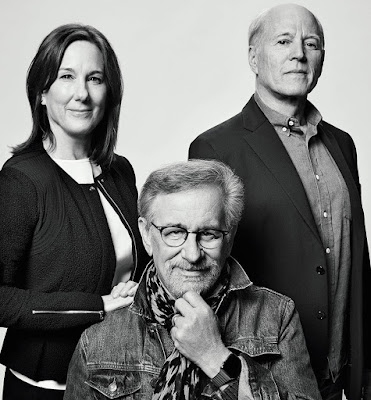 Publicist To Receive Oscar For The First Time Ever

Steven Spielberg's publicist, Martin Levy is set to receive an honourary Oscar making him the first publicist to receive such an award.  Levy has worked with the legendary director for the last four decades.  The Academy of Motion Picture Arts and Sciences announced the awards on Wednesday, and also receiving a nod is Lalo Schifrin, the legendary composer who has brought us greats such as the iconic tune to "Mission: Impossible."

Also getting special awards or more specifically, the Irving G. Thalberg Memorial Award for Producing are Lucasfilm's boss, Kathleen Kennedy and legendary producer, Frank Marshall.  This is the first time in eight years this specific award has been given.  The pair are a married couple who have worked together since 1991.

The voting took place on Tuesday and the awards will be given out at the 2018 Governors Awards which is generally a non-televised event.  It will take place on November 18th in Los Angeles.