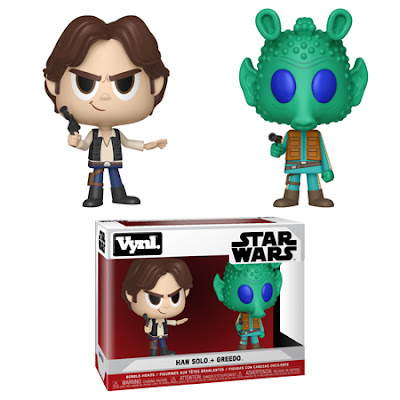 “Han shot first” relive the iconic altercation between Han Solo™ and Greedo™ the bounty hunter as a Funko Vynl. 2-pack! The dynamic duo Luke Skywalker™ and Princess Leia™ are ready to take on the Empire!
Now featured as Funko Vynl., the pair is armed and ready to lead into battle.