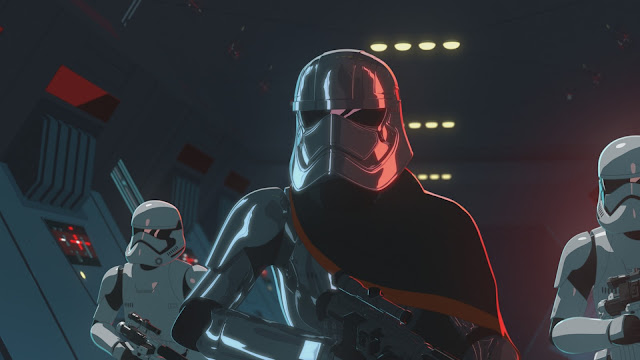 With just over a week until the series premiere, here's an all-new sneak peek at what’s to come including a first look at fan favorite characters and locations from The Force Awakens, including Captain Phasma!

The one-hour series premiere of Star Wars Resistance will make its debut on October 7th on Disney Channel (10 p.m. ET/PT) and DisneyNOW. Two additional new episodes will be available via the DisneyNOW app and Disney Channel VOD, giving kids and families access to the series wherever and whenever they want to watch.

Follow @StarWars for the latest news on #StarWarsResistance, and check out StarWars.com for more exciting information on the series.