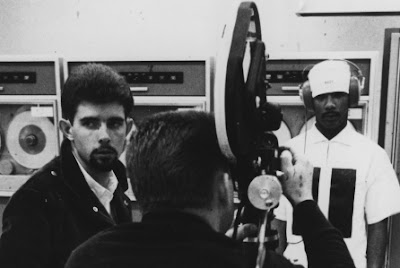 Electronic Labyrinth: THX-1138, the award winning student movie from George Lucas is getting a digital release from Gunpowder and Sky’s sci-fi Facebook channel Dust forty years after its initial release.  This student movie was the inspiration for what would eventually be the movie release, THX-1138.

“A year in, we are excited to see that Dust is tapping into the zeitgeist of a growing fanbase that is gripped with how technology is transforming our lives, and who have an insatiable appetite to consume premium content on all devices,” said Floris Bauer, Co-Founder and President, Gunpowder & Sky. “Globally showcasing George Lucas’ first-ever film, 50 years after its creation, while simultaneously passing the 1MM fans on Facebook through supporting new diverse voices in sci-fi content, are tremendous milestones for us. We are excited to work with USC to bring attention to some of their up-and-coming filmmakers.”