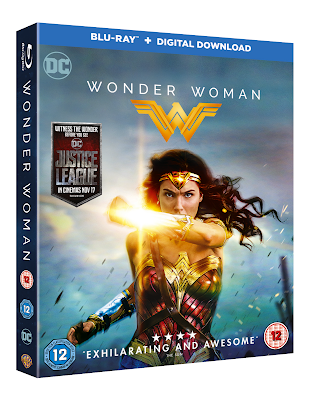 Our sixth idea for a Christmas gift is purely based on the fact that it is one of the best films of the year and if there's one thing we like here at The Bearded Trio it is a good movie that lives up to the hype or even surpasses it.  Wonder Woman is just that.  In fact our very own Patrick Gibbs reviewed the movie when the DC classic hit cinema screens.  He gave it a perfect four out of four and said:

'This is a flat out great movie, hitting every note you'd expect from a superhero flick...Wonder Woman is a smart, thrilling, meaningful and often hilarious movie for all (or at least most) audiences that combines the epic feel of the best DC with the heart and humor of Marvel, and it aims to inspire a generation of girls and boys to look beyond stereotypes of heroism and strength.'

You can read the full review here.

With Justice League still in cinemas this would be a perfect gift for someone still hyped by all the DC magic currently going on and lets be honest, Wonder Woman is one of the best superhero movies in years.