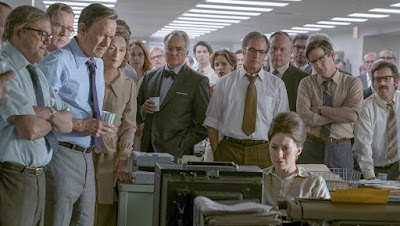 When the National Board of Review crowns a movie as the best of the year and additionally gives a huge tip of the hat to the main cast then you know that movie is likely to do well during the awards season.  Well that's exactly what has happened to Steven Spielberg's The Post starring Tom Hanks and Meryl Streep according to Variety.  The entertainment website tells us:

The New York-based National Board of Review has crowned Steven Spielberg’s “The Post” the year’s best film as the Oscar season’s kudos circuit roars to life.