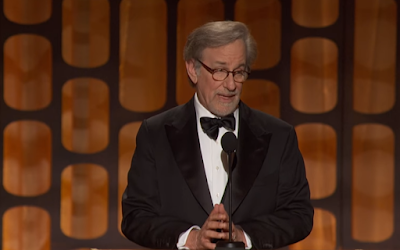 The Academy of Motion Picture Arts and Sciences' 9th Governors Awards was held at The Ray Dolby Ballroom at Hollywood & Highland Center and Steven Spielberg had the honourable duty of opening the awards.  You can watch the video below.

As Steven Spielberg said in his speech at the Governors Awards, 'it is an evening without competition, an evening of community.  To be together, to be in awe and to be inspired by these imperative artists.'