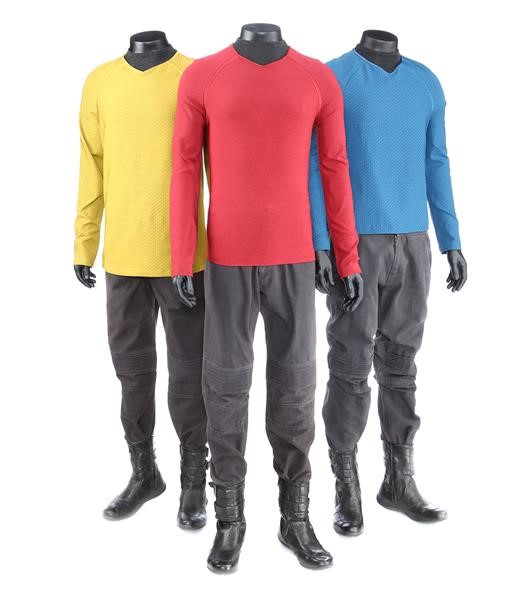 THE ICONIC COSTUMES ARE PART OF AN AUCTION OF 400 LOTS OF MATERIAL FROM STAR TREK &
STAR TREK INTO DARKNESS THIS DECEMBER
The full collection of 400 props and costumes from the making of both Star Trek (2009) and Star Trek Into Darkness (2013) will be sold at auction by Prop Store, one of the world’s leading film and television memorabilia companies, in association with Paramount Pictures. The auction will be held at Prop Store’s facility in Valencia, LA County, USA. Bidders can also participate via telephone or online. The auction is a no-reserve sale meaning all final bidding prices are determined solely by bidding activity. 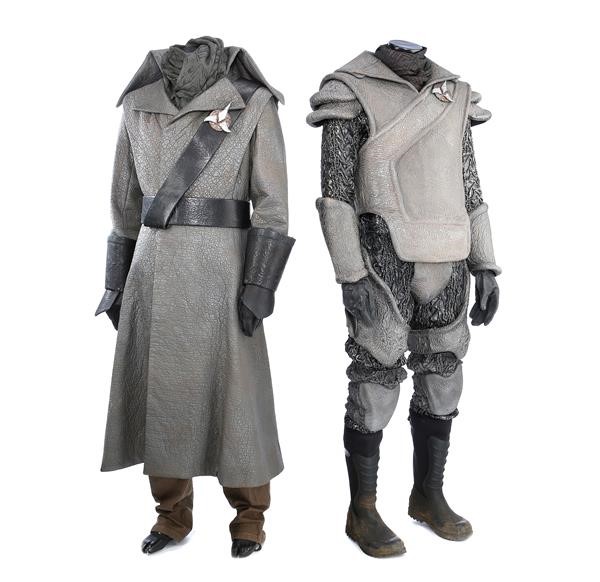 Sets of Three Enterprise Uniforms and a Pair of Klingon Guard Uniforms will go to the highest bidder in the December 2nd Auction. These lots, originals used in Star Trek (2009) and Star Trek Into Darkness, are expected to fetch an estimated $2,500-$3,500 and $3,000-$5,000, respectively. Captain Kirk’s Enterprise Captain’s Command Uniform and Mr. Spock’s Enterprise Sciences Uniform are expected to be some of the highest selling, with a sale price of $5,000-$10,000and $8,000-$12,000 respectively. Each costume is complete with a Starfleet insignia badge, and Mr. Spock’s costume also includes a Starfleet phaser, communicator and belt. Also included in the auction are other key character costumes including Lt. Uhura, Dr. ‘Bones’ McCoy, Lt. Commander Scotty and Lt. Sulu, as well as fan-favorite props such as Starfleet phasers and tricorders. All items sold include a Prop Store Certificate of Authenticity. 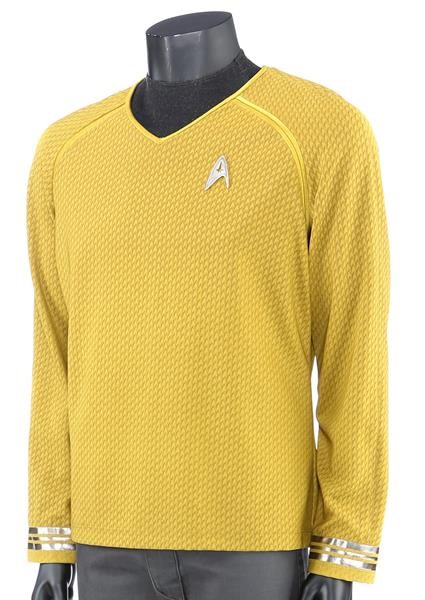 A lavish printed catalog is also available for purchase. A selection of key content from the auction will be on display in an auction preview exhibition at Prop Store’s offices from Monday 27th November to Friday 1st December. 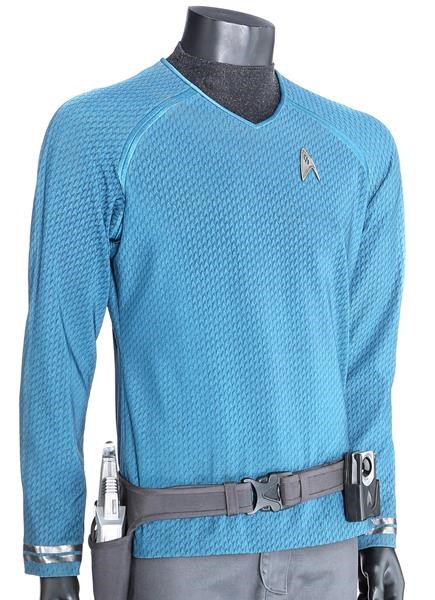 Star Trek is the 2009 reboot of the beloved science-fiction franchise that recast the main characters of the original Star Trek television series. The film was critically acclaimed and grossed over $385 million in worldwide box office; it was also the first Star Trek film to win an Academy Award, for Best Makeup. The follow-up film, Star Trek Into Darkness, grossed over $467 million worldwide and is the highest-grossing Star Trek film to date.