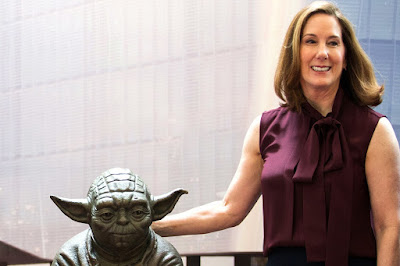 “We are thrilled to recognize the amazing contributions Kathleen Kennedy has made to narrative design for more than three decades, while so beautifully creating a cinematic legacy as represented by some of the most successful movies of our time...Ms. Kennedy is truly a significant role model. Her creative legacy and professional journey is an inspirational example to all young artists who are in search of a meaningful career in the entertainment industry. Through her perseverance, talent and leadership, she has become an icon elevating the art of production design. She continues to raise the bar for all visual storytellers.”