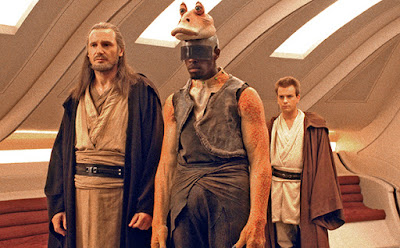 Jar Jar Binks may not be a fan favourite but there's no denying that the actor who played him did an exceptional job.  Ahmed Best has also revealed in a recent interview that he wanted Jar Jar to die in Revenge of the Sith. 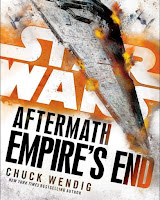 In fact Jar Jar's life is one of misery if we are to take the novel Aftermath: Empire's End as canon.  The character is mentioned in the story which is set between Return of the Jedi and The Force Awakens.  We discover that Jar Jar is actually living on the streets, poor, banished from his home and hated by everyone around.  Blamed for the rise of Palpatine.  Sounds true to life.  What a way to go.

"It's a very somber, very dark eventuality for Jar Jar, I quite liked it actually. It was really dramatic and I think a good idea to kind of sum up." said Best on Jar Jar's ultimate fate.

You can watch the full interview below: