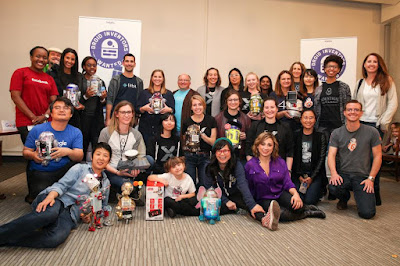 littleBits, the award-winning company that empowers kids to be inventors, joined Lucasfilm today to reveal never-before-seen Droids designed by technologists from top Bay Area innovators, all created in celebration of a global competition aimed to inspire the next generation of inventors and shed light on STEAM (Science, Technology, Engineering, Art, and Math).

Held at the Lucasfilm San Francisco campus, iconic Bay Area technology companies came together for the first-ever “Droidathon,” an event for kids from local organizations including the Black Girls CODE, Booker T. Washington School Community Center, The Boys & Girls Club, and the YMCA where inventors showcased their Droid creations and discussed their ideation and inspiration. Using the littleBits Droid Inventor Kit as a starting point, teams of engineers, programmers, and designers created innovative Droids using the core electronic building blocks together with 3D printing, craft material, soldering and programming. Initial photos from the event can be found here. More content will be available the morning of November 16.

The Droidathon kicked off the littleBits Competition: Droid Inventor Kit which invites kids, families, and Star Wars fans—residing in the US, UK, and Canada - to share their own unique Droid creations with the inventor community.  The competition will run from November 15, 2017 to January 10, 2018. Fans and families will be able to submit their own Droid design creations, with qualifying submissions judged by Star Wars: The Last Jedi stars Daisy Ridley (the actress who portrays Rey in the current Star Wars trilogy) and Kelly Marie Tran (the actress who portrays Rose Tico in Star Wars: The Last Jedi) alongside Ayah Bdeir (founder and CEO of littleBits) and Kathleen Kennedy (president of Lucasfilm). 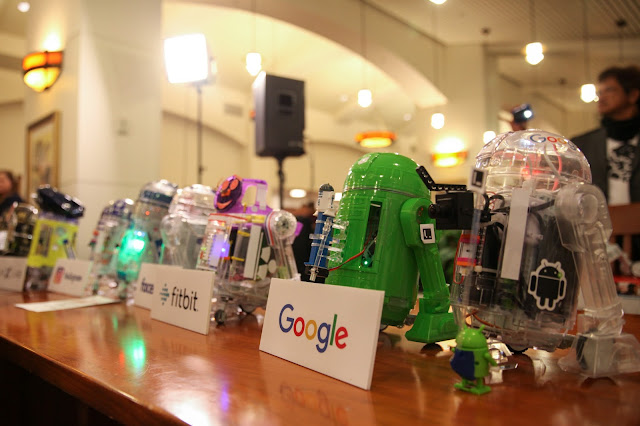 “Star Wars has always expanded kids’ imaginations and inspired them to see what is possible,” said Kathleen Kennedy, president of Lucasfilm. “We’re excited to collaborate with all of these incredible companies and littleBits to showcase the power of STEAM in action and inspire the next generation of inventors.”

Both the Droidathon event and competition seek to inspire kids to explore technology and think of themselves as inventors: to accept challenges, make mistakes, persevere, and feel the triumph and pride of creating something with their own two hands. The littleBits Droid Inventor Kit is a gender-inclusive product that celebrates kids’ own self-expression and ingenuity, while showcasing the same characteristics of imagination, grit and invention that are embodied in the Star Wars franchise. For more information about how young inventors can get involved, visit www.littlebits.com/droidinventorkitcompetition.
“We believe the two best way to inspire kids about STEAM is through fun and role models. What
could be more fun and inspiring than seeing the world’s top innovators and role models creating the
weirdest Droids anyone has ever seen?” said Ayah Bdeir, founder and CEO with littleBits. “We’re thrilled to work together to inspire kids of all ages, backgrounds, genders and interests to become tomorrow's change-makers." 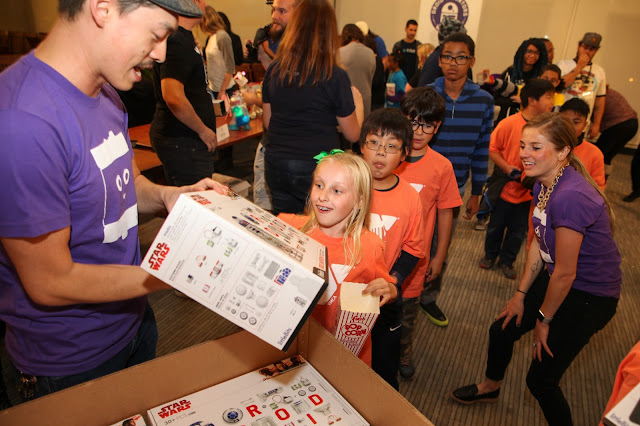 About littleBits
littleBits empowers kids around the world to become inventors. Founded in 2011 by Ayah Bdeir MIT Media Lab alum, its innovative platform of easy-to-use electronic blocks allows anyone to create and invent with electronics, independent of age, gender or technical ability. As the leader in STEAM (Science, Technology, Engineering, Art and Mathematics) learning, littleBits believes in inspiring invention by creating products that encourage self-directed exploration and problem solving; support grit and tenacity; and create a safe place to experience both failure and accomplishment. The company is dedicated to successfully bridging the gender gap with its gender-neutral platform, attracting an industry high thirty five percent of young girls to invent with littleBits. By embracing STEAM, both girls and boys can invent solutions to the problems that matter to them. The company’s products have won over 150 industry awards in the toy and education industries. littleBits is headquartered in New York. For more information and inspiration, go to www.littleBits.cc.
Lucasfilm, STAR WARS and related properties are trademarks and/or copyrights, in the United States and other countries, of Lucasfilm Ltd. and/or its affiliates. © & TM Lucasfilm Ltd.