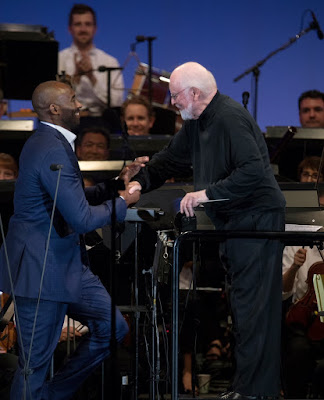 John Williams was performing at the Hollywood Bowl last Friday and during the evening Los Angeles Lakers, Kobe Bryant recited his "Dear Basketball" poem alongside legendary film composer John Williams and his orchestra.  A fan was kind enough to capture the moment and you can watch the video below.